You are here: Home / Tech & Science / Take a Look at The Most Adorable Octopus 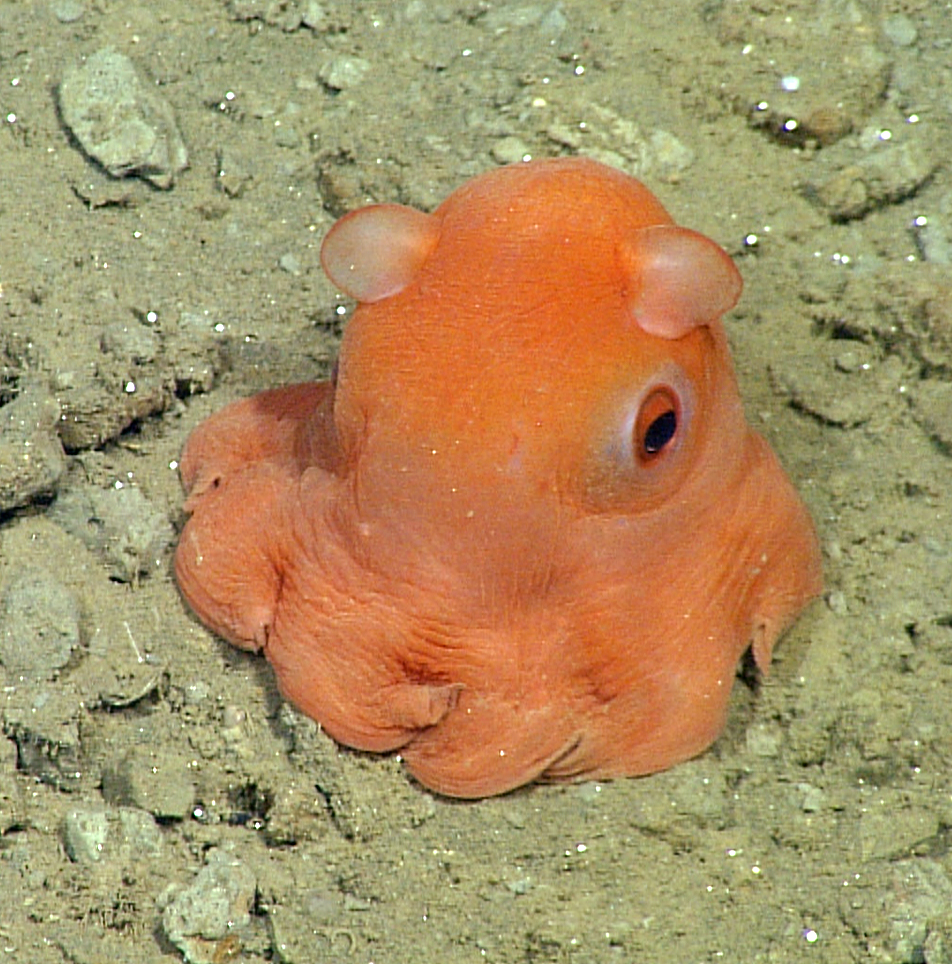 Scientists will name the squid species ‘Adorabilis’ because it is simply adorable.

Californian scientists invite people to take a look at the most adorable octopus, as they are now gathering information on its characteristics and its environment. Flapjack octopuses have captured all researchers’ attention as they are incredibly cute and playful.

Stephanie Bush, who is currently conducting experiments during her postdoctoral studies at the Monterey Bay Aquarium Research Institute, was the first to focus on the peculiarities of the said species of octopus. She told the press that the species is known as flapjack octopus, but it could soon be renamed as the exemplars are incredibly cute and adorable.

The first images of the squid show an orange jellyfish with large puppy-like eyes that can simply melt everyone’s hearts. The octopus has a parachute-like shape, which enables the squid to move around in water through floating movements.

Bush has further informed passionate biologists that the squid has a dense network of nerves under its arms, which enables it to parachute from one place to another. The move and shape of the cephalopod are not the only aspects that render it adorable. The species also spots two pointy ears on its round head that have been long admired by biologists.

According to Stephanie Bush, the jellyfish should and would most probably be named “Opisthotheusis Adorabilis” because ‘adorable’ is the first thing that comes to a person’s mind when looking at the orange squid. The researcher also stated that this species of cephalopods are incredibly sensitive and fragile due to their small size and gelatinous form.

Among the many details that the researcher will include in the scientific description, are also the peculiarities of the said species. Bush mentioned that the flapjack squid is accustomed to live 1,476ft under water, even though it is only 18cm large.

For a better understanding of Adorabilis’ behavior, scientists have recreated the natural environment of the squid in their laboratories. They were, thus, able to find out that the cephalopod lies eggs to reproduce. One of the captive exemplars has already left eggs, but it will take around three incubating years until they will eventually come to life.

There have been many comparisons that Internet users have made, based on the squid’s adorable pics. In their opinion, the Adorabilis exemplar resembles either a Pokemon creature or the flapjack squid from the movie “Finding Nemo”.