You are here: Home / Tech & Science / MIT Researchers Created the Coldest Molecules Ever 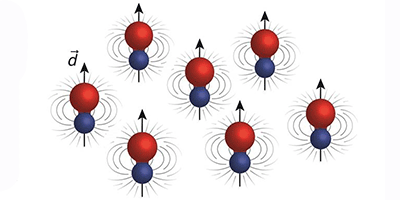 Placed in a colder environment, sodium-potassium units become more stable and have a different moving trajectory.

Recent reports indicate that MIT researchers created the coldest molecules ever during an experiment that was conducted last month. The findings of the study were published in the journal Physical Review Letters on May 22nd to help the science community establish new boundaries in the study of molecule behavior.

A research group at the Massachusetts Institute of Technology was interested in determining the behavior of sodium-potassium gas molecules within unprecedented conditions. They have thus, cooled down the atmosphere where the molecules were kept to an unusual temperature of 500 nanokelvins.

To put it in lay terms, the molecules were kept in a -459.7 degrees Fahrenheit environment, the coldest to have ever been set for sodium-potassium molecules. Observations showed that the molecules change their movements when placed in a colder atmosphere.

The experiment was conducted with the help of lasers as scientists needed machinery to cool down the laboratory. In addition, Feshbach resonance and cold vapors were used to freeze the molecules in a shorter period of time.

According to Martin Zwierlein, one of the physics professors at MIT, who supervised the experiment, the recent discovery could have significant consequences on the study of molecules behavior. The scientist is aware that other molecules might have a different behavior in cold environment, but for the moment, researchers wanted to concentrate on sodium-potassium gas molecules.

They have noticed that the colder the environment becomes, the less erratic the molecules turn. Sodium-potassium particles move around like billiard balls in regular temperature conditions. As researchers dropped the temperature to a -459.7 degrees Fahrenheit, the units adopted a movement similar to the waves produced by the quantum mechanical matter.

In Zwierlein’s opinion, this behavior was unknown for the majority of the scientists, even though researchers predicted this on previous occasions. There were many other changes that researchers have also noticed, such as, the immutable condition of the particles.

Units did not collide into one another, in spite of the minus degrees. Moreover, the molecules registered a significant drop in their speed. Based on scientists’ observations, the speed that particles registered at 500 nanokelvins was of centimeters per second.

Researchers tried to carry out this experiment on many other occasions before, but their attempts turned out unsuccessful. The reason for this was the strong chemical reaction of the molecules which led to the collision of the individual molecules and, eventually, to the destruction of the chemical bonds.

Zwierlein was extremely proud of the results of the recent experiment. He believes the new information will help scientists discover new states of the chemical substances and molecules.
Image Source: Phys.org