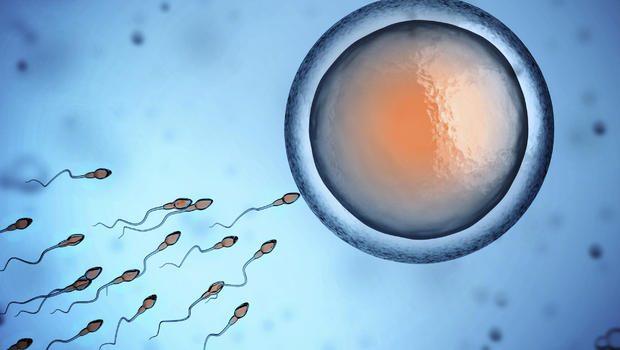 Japanese researchers shed some more light on the sometimes elusive biology of reproduction, identifying a gene that decides whether germ cells, also known as the reproductive precursor cells, will eventually turn out to be sperm or eggs.

In order to do so, scientists experimented with medaka, a small Japanese rice fish, revealing that a gene named foxl3 plays an important role in the monitoring of what germ cells become down the road.

Both sexes of vertebrates have their fair share of germ cells present in the bodies. However, scientists were left in the dark when it came to the molecular mechanism responsible for what the germ cells develop into; either into sperm, the male sex cell, or an egg, the female sex cell.

While investigating whether foxl3 works as a genetic switch that decides the answer in the sperm-or-egg question, researchers noticed that the gene is usually active in preventing a female’s germ cells from becoming sperm cells, and not the other way around.

This gene is responsible strictly for the germ cells, as it does not affect any of the neighboring cells present in the fish’s reproductive organs. During experiment, scientists discovered that deactivating the gen in the female fish meant that the germ cells would become sperm inside the fish’s ovaries rather than turning into eggs cells.

What was interesting is that those sperm cells kept their natural functionality, fertilizing eggs cells successfully and being able to produce healthy offspring. Even though humans do not have the same gene in their DNA material, researchers suspect we possess as similar genetic switch mechanism.

According to Minoru Tanaka, a reproductive biologist from Japan’s National Institute for Basic Biology expressed his surprise at finding out that such a switch mechanism that decides the fate of the germ cells even exists in vertebrates.

Tanaka is also the lead author on this research which was published in the journal Science; he said that germ cells were previously thought of as passive cells that await regulation from other cells.

Toshiya Nishimura, a fellow reproductive biologist from the National Institute for Basic Biology, added that it was a total surprise to find that functional sperm can be produced inside of a completely female environment.

The biggest finding was that this reproductive switch which exists inside the germ cells is utterly independent of the body’s sex.
Image Source: CBS News