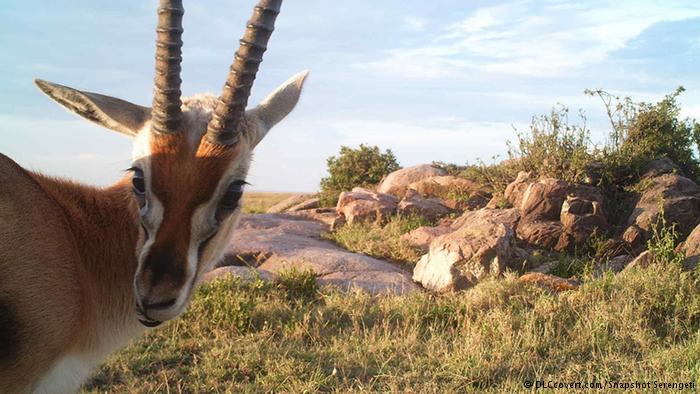 Tracking and snapping pictures of exotic animals living in the world-renowned Serengeti National Park has proved very successful, offering us plenty of often amusing images of curious creatures getting really close to the cameras.

Lead author of the Snapshot Serengeti wildlife conservation survey, Alexandra Swanson from the Department of Ecology at the University of Minnesota explains how the Serengeti ecosystem, one of the most magnificent geographical regions in Africa, offers an incredible dynamic and diverse environment for one of the largest “mammalian migrations on earth.”

Her team got busy setting up “camera-traps” designed to gather as much data as they could on how the animals were spread across the land, on their numbers and activities. We’ve all seen the Animal Planet documentaries presenting bloody encounters between large predators; the team wanted to observe how they coexisted outside their aggressive meetings.

The cohabitation of herbivores is equally fascinating, as different species compete for the same resources. It was most interesting of all to be a third-party witness to the way pray animals learned to lead their lives in a fragile balance between the need of food and the need to avoid becoming food.

Serengeti is not the only wildlife location that has been packed with camera traps, which have become the most common tool in observing and monitoring preserved areas. Seeing that tracking animals is a full-time job expanding over long periods of time, the technological advances making it possible needed to be extremely cost-effective – which they are.

Swanson explained that systematic coverage of the whole study area is provided by setting up cameras according to a grid layout, approximately 2.3km apart.

Each camera needed a sturdy tree that could support its weight which also had enough visibility over the area it needed to take shots of. Because camera triggers are very sensitive to branch and tall grass movements, scientists were very particular about the spots they chose for their equipment.

Out of the 1.2 million pictures snapped by the 225 camera traps, more than 322,000 got good shots of animals. Given the sheer amount of images that needed sorting – and the fact that there are no algorithms that could do this effectively – the team set up a citizen science platform.

More than 28,000 volunteers were hired to catalogue images, sorting through each and every one of them. Swanson was deeply impressed by their work, as she says this research would not be possible without their help.

Technology, on one hand, enables researchers to collect massive quantities of data, but it’s this type of citizen science involvement, on the other, that will become very important in heloing scientific discovery advance.
Image Source: DW