You are here: Home / Health / Pyrazine Additives Make Low-Tar and E-cigarettes as Addictive as Smoking Tobacco 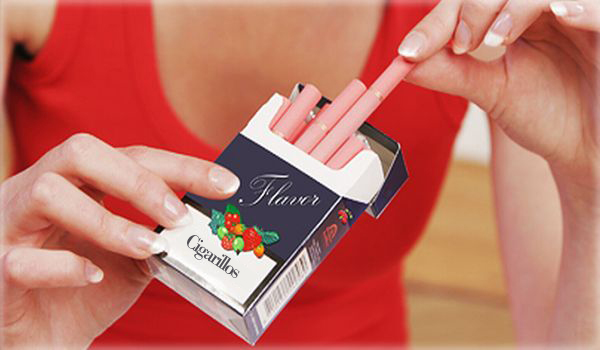 Electronic cigarettes, or e-cigarettes, have been around for a while, increasing in popularity with every passing year since 2003. This is mostly because the vaping device has been marketed to be much safer and less addictive than traditional cigarettes.

A lot of smokers take up e-cigarettes as a method of reducing the harmful effect of this habit, or they want to give it up for good. However, more than just one study has already suggested that e-cigarettes might be equally harmful to regular tobacco.

Tobacco Control journal has published online a new study in an effort to settle this matter once and for all. Results showed that low-tar and e-cigarettes both contain an ingredient that renders them completely addictive and habit-forming, just like the case of traditional cigarettes.

Pyrazine, one of the most common additives, is the reason why a lot of smokers who switched to nicotine patches still failed to quit or eventually relapsed. Previous studies on the matter showed that the patch only curbs short-term cravings for nicotine, and the majority of smokers are prone to start smoking regularly again a few years later.

Pyrazine is the reason why light or e-cigarettes don’t taste as bad as they should; it offers the rich and smooth taste that ensures the smoker has a similar experience to using nicotine. The science behind the power of nicotine over the brain is rather simple: every time you smoke, the nicotine triggers the release of dopamine – the same neurotransmitter causing drug addiction.

For this study, researchers went all the way back to the 1990s’ records and scientific data on cigarette additives that were gathered by the tobacco industry over the years. The lawsuits filed against cigarette manufacturers have also provided plenty of evidence.

Researchers found interesting plans in the court documents filed by Philip Morris International Inc., one of the major players in the tobacco industry. The company was planning to create a low-tar cigarette, but with full flavor.

Same documents revealed some company research on the chemicals that would improve the taste and smell of low-tar cigarettes, so they would provide a similar smoking experience as full-strength cigarettes.

Under the current regulations of the Food and Drug Administration, sweet and sour cigarette additives are banned from the market; it means that manufacturers cannot legally produce caramel popcorn-flavored cigarettes.

Same rules don’t apply to other flavors that were already available before the ban was instated, such as vanilla, licorice, cocoa or menthol.
Image Source: Smoker News World