You are here: Home / Tech & Science / Pope Francis’ Solutions to Climate Change in a Nutshell 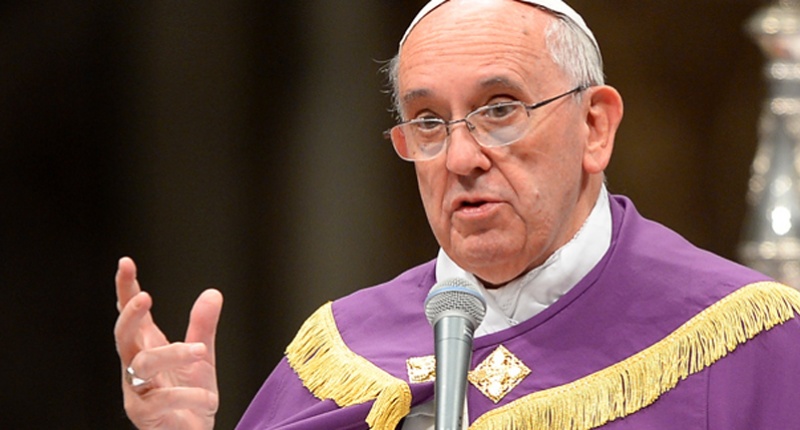 Vatican’s encyclical is a reminder that Catholics and non-Catholics should become more responsible in relation to environmental problems.

The Vatican has triggered various reactions this week as Pope Francis is preparing to publish the first encyclical on climate change. Here are Pope Francis’ solutions to climate change in a nutshell as they have surfaced in the media after the document leaked in the Italian press.

Pope Francis has been actively involved in various religious and non-religious affairs ever since he started his mandate at the Vatican in 2013. Some of his opinions have been welcomed by the lay public, but others have stirred a massive discontent against the implication of the Catholic Church.

It is also the case of the recent climate changes that Pope Francis is addressing through his 192-page Encyclical. The letter is an official document meant to inform the Catholic community from the entire world in relation to certain aspects and to urge Catholic believers to improve their lifestyles, according to their religious rules.

After addressing Islamic war and homosexuality, Pope Francis is now asking Catholic believers to adopt a responsible behavior in relation to environmental problems. The Catholic leader has stated in the official document that climate change is a reality that should not be neglected by world leaders and populations, alike.

He began his list of suggestions and solutions by stating that climate change is affecting the entire world, but the poor nations are the ones to suffer its consequences the most. For that matter, Pope Francis is suggesting people to become more responsible and to help preserve Earth’s resources as much as possible.

In Pope’s opinion, many of the environmental problems are determined by greenhouse gas emissions. As a consequence, world leaders should take measures to prevent or at least to reduce oil consumption, car emissions and water wastefulness.

The Vatican leader did not exclude other possible factors contributing to climate changes. He has written that he is well-aware of the solar cycles and volcano activities causing the worrisome climate system. However, greenhouse gas emissions and fuel consumption remain the most noxious for environment.

Pope Francis has also condemned the disproportionate use of resources among nations. He totally disapproved some nations’ tendency of consuming too many resources to the detriment of the poorer countries.

As expected, this declaration was not well-received among U.S. politicians, who are constantly pressed by environmentally friendly organizations to reduce fuel consumption.

Republican candidate, Jeb Bush, was particularly disturbed by Pope’s encyclical. He stated on Tuesday that he refuses to get his economic policy from bishops, cardinals or even popes.