You are here: Home / Health / Over 1 in 8 Americans Unknowingly Have HIV 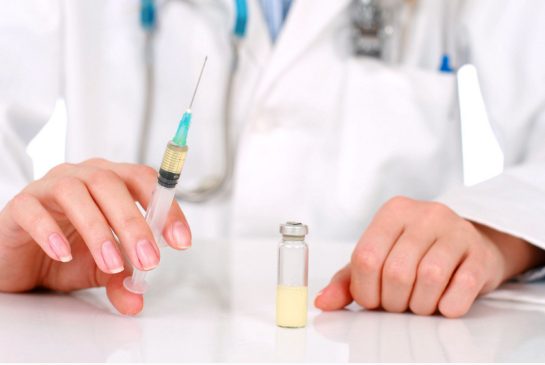 New research conducted by the Centers for Disease Control and Prevention (CDC) shows that out of the 1.2 million United States citizens living with HIV, 156.300 of them don’t even know that they’re infected, leaving them unaware they are endangering their own health, as well as the health of others.

HIV is a virus that spreads with the help of body fluids and affects certain cells of then immune system, rapidly destroying them. It is well known for causing a disease called AIDS, and the later the virus is discovered, the more likely it is that the person infected will develop the disease.

The above mentioned 156.300 people roughly translates into 13 percent (13%), a somewhat worrisome percentage as The White House has previously promised to make sure that at least 90 percent (90%) of people infected with the virus are aware of their condition.

Only four (4) states have managed to meet this goal as of 2012 – New York, Hawaii, Connecticut and Delaware. It is worth mentioning however that the state of Colorado also came close to accomplishing this goal as an estimated 89.7 percent (89.7%) infected with the HIV virus has been made aware of their predicament.

The year 2012 is an important one to take as a reference as more than 13.000 individuals have that of AIDS during those twelve (12) months.

For their analysis, the CDC researchers looked at data collected from the National HIV Surveillance System, and used something called a “back-calculation model” in order to asses the number of people living with HIV, then subtracted the number of individuals diagnosed with the virus so that they could figure out how many persons are unknowingly infected with HIV.

According to the data, which covered the District of Columbia and 41 other states, the researchers found that nationwide, roughly 87 percent (87%) United States citizens are aware that they are infected with HIV.

The state with the smallest percentage of HIV-infected awareness was found to be Louisiana as only 77 percent (77%) of those living with HIV were aware that they were infected.

The importance of learning early on that someone has the infection can’t be stressed enough. Just recently, an international clinical trial has revealed that by starting antiretroviral treatment right off the bat, before the immune system has had a change to deteriorate, would reduce the risk or serious illness and even death by 53 percent (53%).

In fact, these findings were so believable that the researchers behind the clinical trial decided to stop it before completion so that all of the participants could be given the drugs sooner rather than later.

The report was published earlier this week, on Thursday (June 25, 2015), in the the Centers for Disease Control and Prevention’s Morbidity and Mortality Weekly Report.