You are here: Home / Technology / New Features We Should Expect From Microsoft’s Windows 10 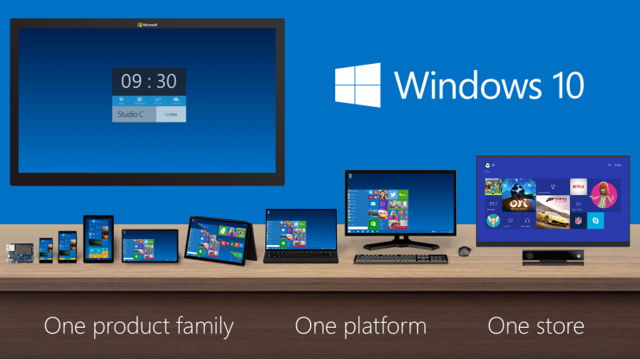 The famous software producer has finally confirmed July 29th as the official date for the release of its most recent operating program. Here are the New Features We Should Expect From Microsoft’s Windows 10.

Microsoft has hinted before that the new Windows 10 will be released this year, but failed to provide an approximate date for the launching event. The new press release that the company issued on early Monday morning informs users that the Windows 10 operating program will be available on the market starting with the 29th of July.

The news has caused much hype among fans as there are many new features that clients have been expecting from Microsoft’s Windows 10. The software producer has further communicated that the new program will be available under the form of an update for most PCs and tablets currently functioning on Windows 7, 8 and 8.1.

Smartphones using the aforementioned programs will receive an update later this year. Microsoft’s representatives will keep users informed in relation to the availability of the smartphone update. The software giant has reassured customers that the new operating system will be provided as a free software update to all users; thus, enabling Microsoft to capture the interest of as many users as possible.

While Windows 8.1. was purposefully designed as an operating system for PCs, which was later on used on mobile devices, the new Windows 10 version is meant to make Microsoft’s services more efficient for all smartphone users. Microsoft has, for that matter, provided its new software with an improved ‘Cortana’ application, which efficiently memorizes users’ preferences.

Among the many new features that users should be expecting is also ‘Continuum’, a new interface mode facilitating transition on all devices. Microsoft has stated that ‘Continuum’ will efficiently reproduce the content of smart devices, regardless of the screen they may be using. Whether you are using a 4-inch display or an 80-inch monitor, Microsoft vows that the quality of the interface will remain just as good.

There are many new projects that Microsoft is preparing. In addition to the new Windows 10 operating system, the company has also declared that they will be releasing a new web browser by the end of 2015. ‘Edge’ as the new browser has been named, is said to be, well, precisely 10 times faster than the previous search engines that the Redmond-based company has produced in the past.
Image Source: CDN