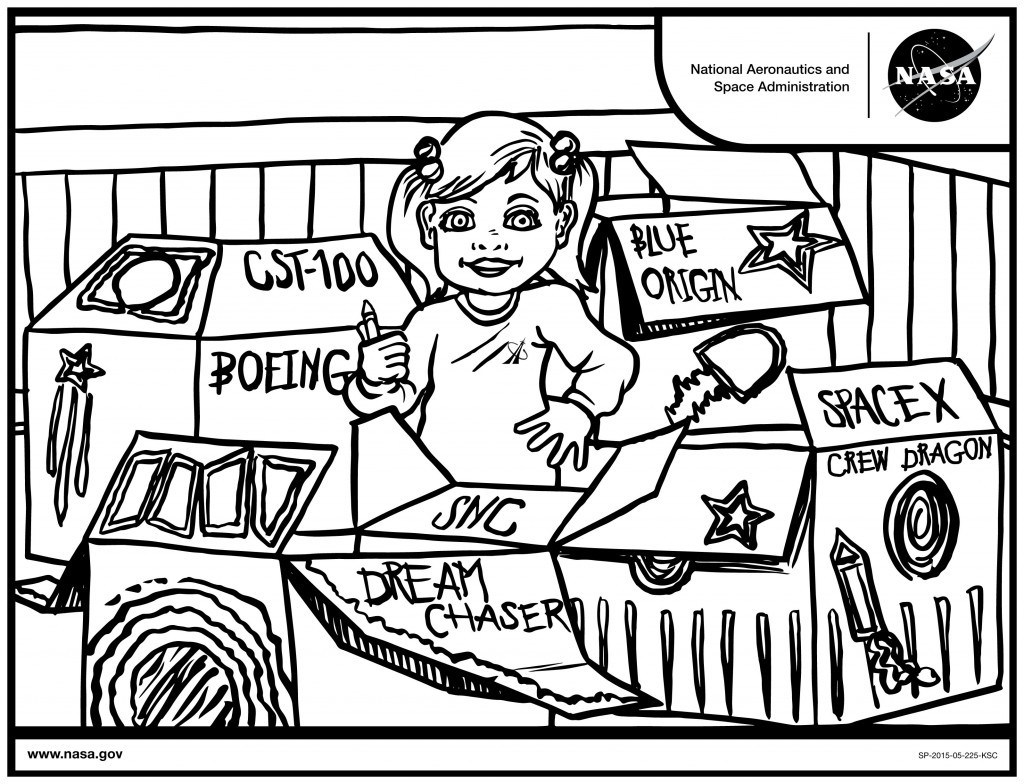 Children are invited to send their suggestions on NASA’s social media accounts.

Based on the official declaration that was published on Wednesday, on the administration’s blog, NASA launches new coloring contest for children. The competition aims to promote some of NASA’s space missions among the younger categories of the society.

Children represent humanity’s future and many of the changes and efforts we now make today, are meant to bring safety and stability for the younger generations. NASA, the national administration for space affairs, is probably the authority that is most preoccupied with our future.

Scientists are currently carrying out numerous space projects and experiments as they want to turn the universe into a space that may be inhabited by humans. In spite of their efforts, the majority of the missions remain unknown to the lay public or the children, because the latter fail to understand what the national administration is doing.

NASA plans to change this aspect in the future and determine as many kids as possible to become actively involved in their missions. For that matter, the administration announced on their official weblog that they will be hosting a coloring contest in the following period.

The new coloring contest for children that NASA lunched on Wednesday invites passionate kids to design and draw their own spacecraft. They begin the official declaration by explaining children that the universe has no sound, but it is filled with more or less conceivable colors and nuances, including the ones of NASA’s spaceships.

Since color is so important in space, the administration thinks children’s ideas will make the universe even more colorful than it is. Participants will have to print their designs, color them and then scan them in order to send them via an online means of communication.

Experts working at the National Aeronautics and Space Administration will receive kids’ suggestions on their official Twitter or Facebook accounts or on the email address ksc-connect2ccp@mail.nasa.gov.

In addition to the fact that NASA will promote the drawings on their social media accounts, experts are also willing to consider the best suggestions as a source of inspiration for the design of their future spacecraft.

NASA is currently preparing its CRS-7 mission on the International Space Station. This is the seventh cargo delivery flight that the administration is carrying out in order to improve commercial flights in space.

The CRS-7 mission is set to take off on June 29 and it will deliver food, supplies and equipment for the crew on ISS. If tests turn out good, NASA plans to use commercial flight lines to transport people in space in the future.