You are here: Home / Tech & Science / Scientists Solve the Mysterious Death of the 120000 Endangered Saiga Antelopes in Kazakhstan 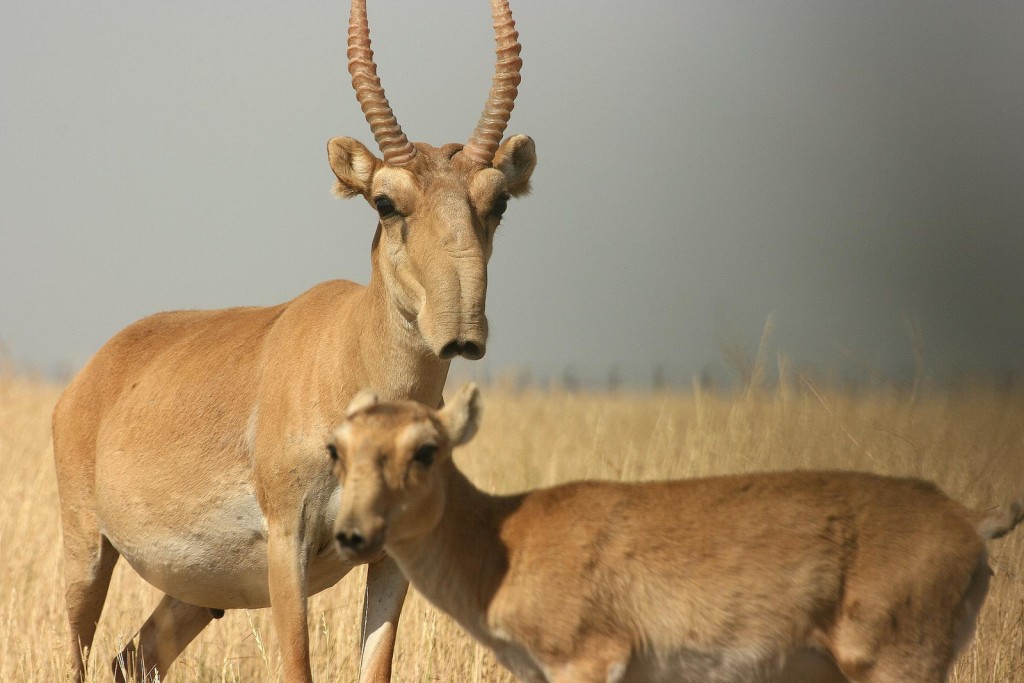 Saiga antelope female and its calf in the savannah.

As the Central Asian wildlife is seriously affected by unexplained mortality, scientists solve the mysterious death of the 120000 endangered Saiga antelopes in Kazakhstan. In their opinion, the Saiga exemplars might have been affected by a rare disease causing females and calves to die during spring periods.

Saiga antelopes are extremely rare at present, as they rarely multiply and they are often affected by powerful diseases. The most recent mass demise took place in Kazakhstan during the middle weeks of the month of May. Although scientists have tried to solve the mysterious deaths of the 120000 Saiga antelopes from Kazakhstan, there are still many question that have remained unanswered.

Judging by the recent and the past unexplained antelopes deaths that the Kazakhstan population has confronted itself with, Saigas are incredibly frail. Frequent mass deaths occur during the spring intervals as females gather in herds to give birth to new generations of antelopes.

Biologists have taken this explanation into consideration, given that the recent deaths have also taken place during the month of May. Moreover, most of the Saiga exemplars, who were found lifeless on the Central Asian territory were either females or calves.

Although the aforementioned explanation seems fulfilling, researchers claim other hypotheses should not be ruled out, either. They think there are great chances for some Saiga exemplars to have fallen victims to poaching, too. Authorities have done everything in their power to reduce antelopes’ killing, but the animals are still hunted for their horns. The latter are frequently used in Chinese medicine for their benefic health effects.

UN’s Convention on the Conservation of Migratory Species of Wild Animals has issued the first reports related to the mysterious deaths of the 120000 rare species of antelopes. Representatives have added that the real number of dead antelopes is for the moment unknown, but it is believed that more than 120000 lifeless deer will be found on the Kazakhstan territory during further investigations.

The Saiga population has been affected by unexplained die-offs in the past, as well. Official data indicates that around 95 percent of the population was lost in 1990 as a result of the increased poaching practices. At the beginning of the year there were 50,000 Saiga exemplars left worldwide, but scientists believe their number has been significantly diminished by the recent extinction.

Mass die-offs caused by unexplained diseases are also frequent among Saigas, UN reports. In 2010, around 12,000 antelopes were lost as a result of a lethal disease affecting them. Unless new measures are adopted to prevent similar events in the future, the rare species of deer could soon become extinct, scientists warn.
Image Source: 1.bp.blogspot.com