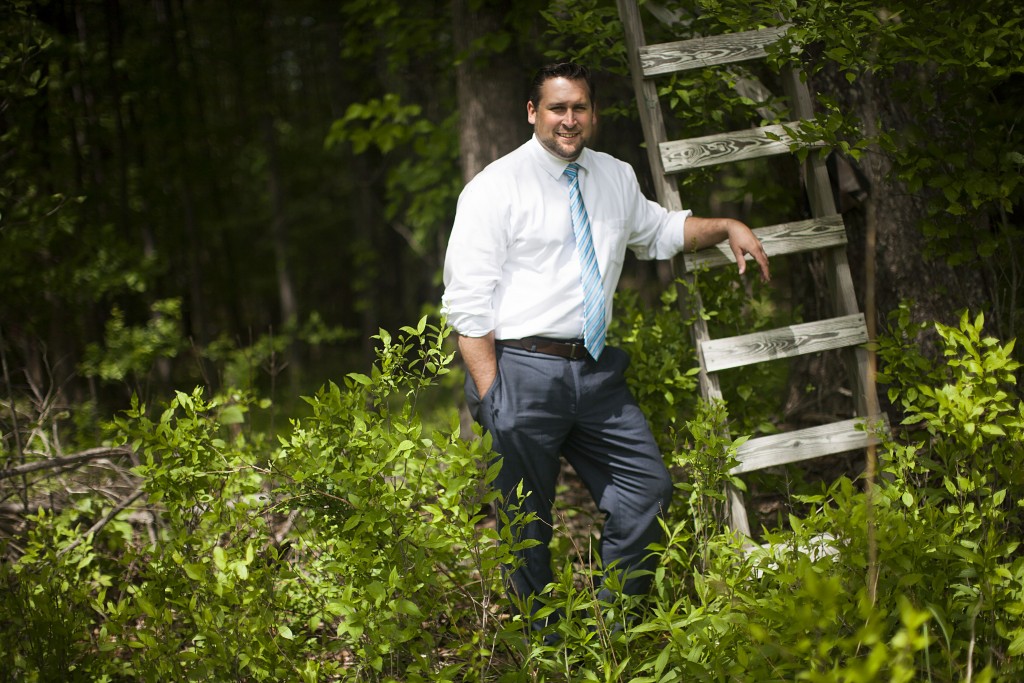 Daniel Depew, town supervisor of Wallkill, on a tract of land that Valley Agriceuticals has proposed opening a marijuana-production operation

Medicinal marijuana company Valley Agriceuticals has already christened the lot where it plans to grow and process its product, even though state approval is still pending.

Erik Holling, the president of the company, said they were willing to take a leap of faith, as the project needed to move forward, as they want to achieve the goal of delivering the product on the shelves by 2016.

Valley Agriceuticals is competing with roughly 40 other firms for only five state licenses, as it has submitted an approval application to the state Health Department. An answer is expected to arrive sometime next month, but they are very confident already.

The Wallkill Town board voted unanimously in favor of the plant’s construction in a meeting in April 15. Valley Agriceuticals has more than 130 acres available, and teams have already started building a barn processing facility.

Only 30 acres of the site, however, will be used in the operation of cultivating and processing of marijuana, which would be grown in greenhouses. Holling said that the product will be delivered in the form of pills and marijuana oil.

Even though Holling did not reveal a cost figure, he mentioned that two buildings are in plan, covering about 100,000 square feet. Official statements describe the structures as looking like agricultural facilities.

Holling said his plant will stick to producing medicinal marijuana even if the New York state would presumably approve recreational marijuana use.

The groundbreaking was an emotional moment for Eileen Konieczny, director of patient services at Valley Agriceuticals and an oncology nurse, as she talked about the immense pain relief that medicinal marijuana brings to the patients undergoing chemotherapy.

Holling commended the Dosen Road site for its excellent location and the fact that the surrounding trees render the operation almost invisible from the roadway. The trees also offer a hideout for security fencing.

More important than anything else, Holling was thankful for the welcoming that the town has extended. The town level approval process went smoothly, with the only issue that needed clearing being the agricultural preservation issues. Local authorities are aware, however, that Wallkill Town cannot hide from the “threat” of development.

Orange County Executive Steve Neuhaus, invited to speak at the groundbreaking, talked about how he used to be skeptical about medicinal marijuana. But after a woman told him one day about her son who needed medical marijuana to ease his seizures, Neuhaus was hooked and offered his full support to Valley Agriceuticals.
Image Source: Herald Tribune