You are here: Home / Tech & Science / Study of Handedness in Animals Shows Kangaroos Are Predominantly Left-Handed 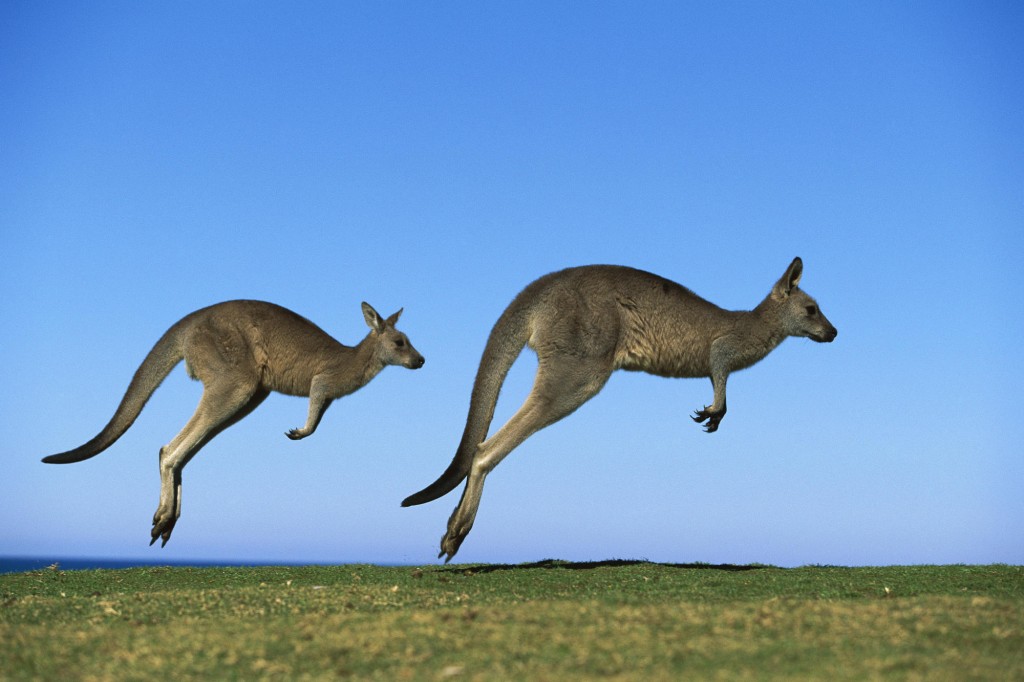 If you’re wondering how can animals – particularly kangaroos – be tested for right or left handedness, a team of Russian scientists have the answer to your question. And, as their study showed, kangaroos are predominantly left-handed.

The National Geographic Society is known for sponsoring all kinds of studies and research, and one of their latest funding was invested in studying handedness in Australian marsupials, in collaboration with the Russian Science Foundation.

Researchers from St. Petersburg State University have made an interesting discovery later reported in the journal Current Biology: approximately 90 percent of the wild kangaroos that were monitored are left-handed.

The marsupials in question were part of a field research spanning over the course of several months during 2012 and 2013. Researchers focused on the central regions of the Australian continent – internationally famous for its kangaroo population – and the island of Tasmania.

Lead researcher Yegor Malashichev, an associate professor at St. Petersburg University whose expertise is in zoology and neuroscience, explained that, in order to establish whether the marsupials were left-handed or right-handed, they were studied while performing different activities that required use of paws.

Up to five activities were taken under consideration before establishing if a certain species of marsupials – bipedal or quadrupedal – was predominantly left-handed or right-handed: scratching, cleaning their nose, bringing food to their mouths, tearing leaves from trees and preference on which front paw to lean on.

Most importantly, says Malashichev, is the fact that the animals’ examination took place in their natural environment, without any provocation from the researchers. It was six years ago when the study of handedness in animals first began, as researches noticed that different frog species used different legs for different actions.

It turned out that some species did not present any preference, mostly because they used hopping for locomotion. But those who walked, like toads, displayed obvious individual preference for use of a leg in 70 percent of the cases of performing activities.

Malashichev, who has also been involved in the frog studies, said that it was fascinating to see how the common toad, for example, showed definite inclination to right-handedness, while the European green toad went southpaw.

In the same way, field researchers in Australia noticed that left-handedness was way more frequent among the wild kangaroos, just like humans are commonly righties. Out of all the kangaroo species, the red and grey kangaroos were the ones to show the most pronounced inclinations to left-handedness.

Malashichev said this suggests kangaroos have the same brain asymmetry that humans do, and adds data to the connection between bipedalism and handedness: handedness is more obvious in the species using bipedal locomotion.
Image Source: Walls4joy