You are here: Home / Technology / First Water-Based Computer Was Produced by Stanford Scientist 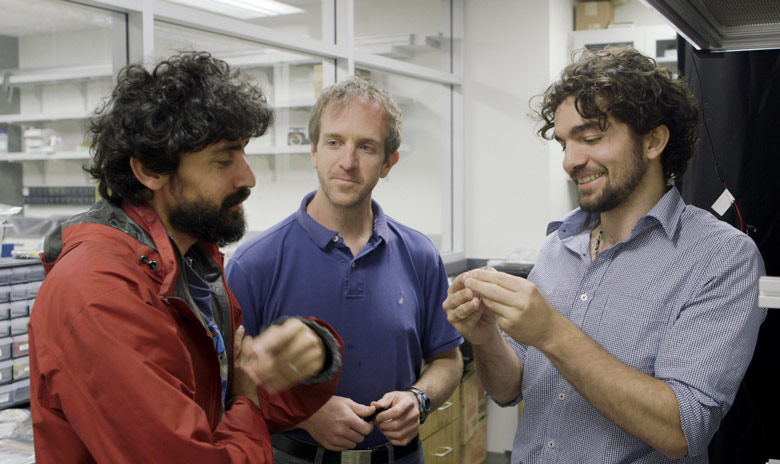 A team of researchers from Stanford University have created the first water-based computer.

Thanks to the recent technological advances, the first water-based computer was produced by Stanford scientist. Manu Prakash, a student at the University of Stanford has created a computer clock that functions by conducting water droplets with the help of magnets.

Computer engineering might have just dismantled a new barrier as a student from Stanford University created the first water-based computer. The innovator is Manu Prakash from India, who has spent his college years studying the influence that magnets could have on water droplets and the effects that may be obtained with the help of this technique.

According to the declarations of the student, he has created a computer clock based entirely on water. He further explained that the water droplets are coordinated with the help of magnets. Tests have shown that the computer clock is just as precise as the traditional clock, so it may be used to create other devices in the future.

Computer clocks are considered to be the most important part of a device as they ensure the correct functioning of the entire machinery and they establish relationships between existing components. Clocks can be found on all sorts of devices and gadgets, so Prakash believes his invention may be used in the future to replace normal computer clocks.

There are many uses that scientists could think of when it comes to water-based computers. Manu Prakash has elaborated the system thinking that the first water-based computer could later on become as a self-sufficient chemistry and biology laboratory.

This futuristic computer prototype can run reactions with the help of the water droplets. That is, each water droplet will lead to certain chemical reactions. The entire chemical operations will be carefully observed and controlled by the water-based computer.

Other participants in the research group have stated that their prototype could later on lead to other significant discoveries. Jim Cybulski, co-author of the experiment, told the press that the new clock could be turned into a smaller model capable of carrying out many more additional operations. This will be possible if the size of the water droplets is significantly reduced.

Manu Prakash thinks the first water-based computer has opened the way to an unlimited possibilities in the domain of physics. He has a very good reputation among academicians as he was also the first student to create a paper chip.

The findings and the detailed description of the experiment were presented in the journal Nature Physics.
Image Source: news.stanford.edu