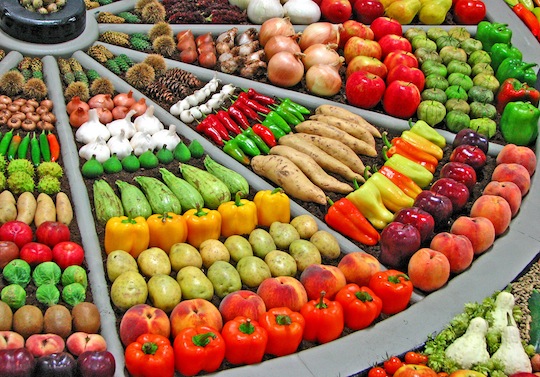 A new research has found a new way for diabetes patients to keep their blood sugar levels in check by paying attention to the order in which they eat their food.

To be more exact, researchers discovered that type-2 diabetes patients are healthier if they respected the order presented in the food pyramid and eating their carbs last in their meals.

Senior author of the study Dr. Louis Aronne explained there is an ongoing quest in the medical and research community for finding better ways to help diabetes people handle their blood sugar.

For most of it, medicine treatments are the most reliable forms; more recent studies, however, point to the fact that diet can also play a key role in the process. Unfortunately, it’s a known fact that changing one’s eating habits is easier said than done, even when their health is the matter in question.

Interestingly, this is not the first time scientists agree that medication is great when it comes to keeping a hold of a chronic disease, but unfortunately, it doesn’t treat the root of the condition, but rather its symptoms. That’s why new research tries to focus on solutions that keep medicine out of the equation while dealing with illnesses.

The logic follows by finding new ways of using medicine as a treatment for the cause, instead of simply as a band aid covering the results of the problem. Dr. Aronne argued that watching your diet and following this method of eating could be a more feasible way for patients to lower their blood sugar and insulin levels.

Ultimately, this is what medical science deals with: it finds new solutions for common problems in the medical community without adding more medication to a disease that already has medicinal treatments available.

After the researchers analyzed the experiment’s results, they noticed that blood sugar levels dropped by 29 percent in the case of patients consuming carbs last in the 30 minutes after the meal, and by 37 percent at the one-hour mark.

This discovery might give doctors a new approach when it comes to giving dietary recommendations to diabetes patients; instead of simply interdicting foods, they might point to the foods that are better eaten before others.

A solution that doesn’t rely on medicine is crucial, as treating type-2 diabetes usually comes with terrible side-effects that can cause serious health problems in addition to the original disease.
Image Source: Vegan Kit