You are here: Home / Health / Cigarette Smoking Responsible for Almost Half of All Cancer Deaths 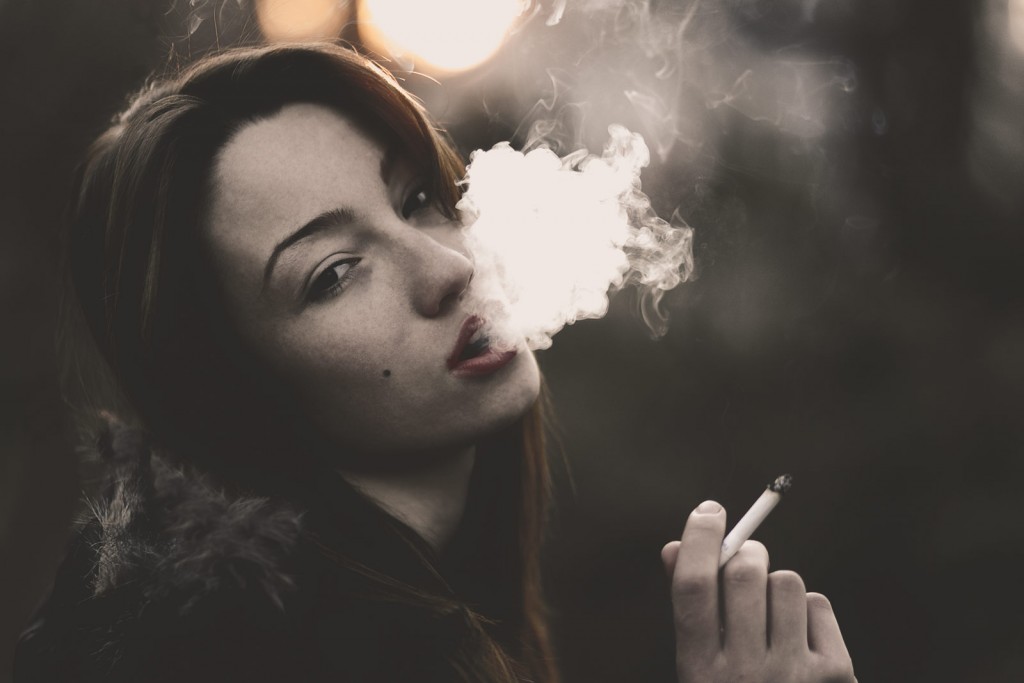 Results of a shocking study showed that cigarette smoking kills more than 345,000 cancer patients each year, in the U.S. alone.

Roughly half of those deaths resulted from developing cancer in the trachea, bronchus and lung, as researchers reported in the journal JAMA Internal Medicine. Colorectal cancer is responsible for another 15 percent of the deaths, pancreatic cancer for 11 percent and liver cancer for 6 percent.

During the study, researchers discovered that smoking can cause 12 types of cancer – and when they pooled them together, they amounted to almost half of all cancer deaths. According to their calculations, 48 percent of them can be blamed on smoking.

As expected, lung cancer has the most connection to cigarette smoking – researchers estimated that 83 percent of the men dying of lung cancer and 76 percent of women are linked to smoking.

Cancer of the larynx is another one that shares deep connections with smoking. Percentage was even higher in this category for women: 93 percent of larynx cancer deaths are due to cigarette use, along with 71 percent in men.

Researchers from Harvard Medical School, American Cancer Society and the Fred Hutchinson Cancer Research Center worked together to combine data from an extensive national health survey from 2011, the Cancer Prevention Study II and the Pooled Contemporary Cohort, which are five smaller studies pooled together.

Participants in the analysis were all at least 35 years old, and they scored above average in education and racial diversity than the general American public.

Even though the research is rather extensive, study authors noted they did not include alternative forms of tobacco or nicotine use, such as pipes, cigars or electronic cigarettes. Results do not account for second-hand smoking either, which is estimated to amount to at least 5 percent of lung cancer deaths.

In spite of such limitations in their calculations, researchers concluded on a very clear note: more strict tobacco control is required in order to advance progress in reducing the number of deaths caused by cancer, as well as the rate of mortality caused by other smoking-related diseases.

Some encouraging news, however, accompanied the study: according to surveys conducted by the Centers for Disease Control and Prevention, almost 70 percent of Americans who smoke wish they didn’t, and roughly half said they have attempted to quit smoking in the previous year.

Dr. Michael Ong concluded that the silver lining is that a great deal of smokers wants to quit. All they need is a bit of help.
Image Source: blogigo