You are here: Home / Tech & Science / Apocalyptic ‘Tsunami’ Is Heading Towards the California Continental Borderland Region 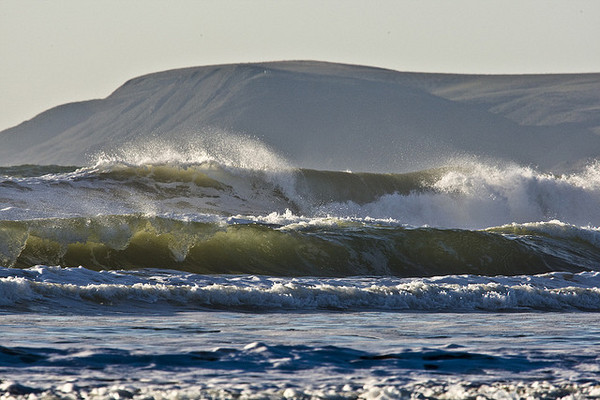 Recent reports have shown that an Apocalyptic ‘Tsunami’ Is Heading Towards the California Continental Borderland Region. The first warnings were released by the lead-author of a recent geophysics study, Mark Legg, who claims the seafloor activity registered in the past years clearly indicates a tsunami is forming in the region.

Mark Legg has spent the last years studying the activity of the waters in the Californian Continental Borderland Region. He was, thus, able to identify a new fault zone, which could soon pose threats to the nearby cities of Los Angeles and San Diego. According to the researcher, the fault activity in this area suggests an imminent tsunami is threatening California and the nearby cities.

Many similar studies have been performed in the past, but they did not lead to significant discoveries. Scientists have evinced interest mainly in the activity of the Santa Cruz-Catalina Ridge fault and the Ferrelo region as these were the most likely to cause earthquakes.

During the recent research, Legg set himself to perform a much wider study of the Californian seafloor. He, therefore, used high-resolution mapping to carefully analyze the activity of the two major fault lines working in California’s waters. The 2,796 miles of new depth measurements have shown him that the tectonic crust has suffered significant changes since the last study was performed in the area.

Based on the withdrawn data, the team of investigators has concluded that there are multiple seafloor segments that could suffer breaches in the following years. He further explained, that the North American tectonic plate and the Pacific one are scraping against each other, which could cause pressure among the fault lines. As a result, smaller or bigger earthquakes could take place in the region in the not so distant future, Legg warned.

He concluded the study suggesting people to prepare themselves as an apocalyptic tsunami is heading towards the California Continental Borderland region. His ominous hypothesis is confirmed by the powerful tectonic activity that was registered in the region in the past hundreds of years. Mark Legg reminded people that the California Continental Borderland has witnessed 7-8 magnitude earthquakes in the past, so people should not be surprised if history repeats itself.

When asked whether there is something authorities and people in the region can do to prevent the occurrence of a Californian tsunami, the scientists replied that no solutions have been identified yet. However, he strongly believes more investments should be made in geo-seismic investigations and mappings as these help scientists prevent such catastrophes long before they take place.

A tsunami is very possible in California, given the recent surge in tectonic activity, but its consequences will not be as disastrous as the ones of other earthquakes. Mark Legg concluded by reassuring Californians that a tsunami in the Borderland region will not be as powerful as the one in Japan 2011.
Image Source: Kcet