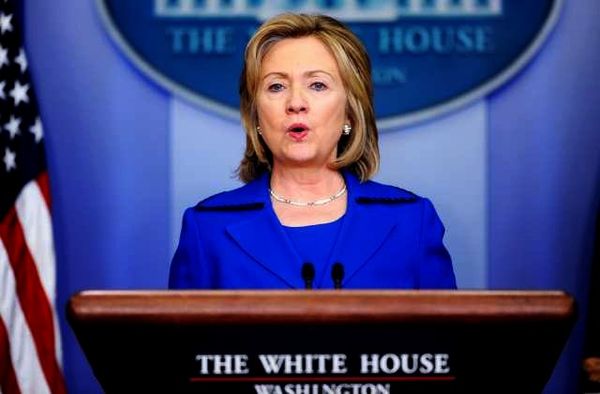 Hillary Clinton has become by now one of the most well known figures in the world of politics throughout the entire world. She is seen as one of the most important candidates who have officially announced their implication in the presidential race of the next year. Hillary Clinton leads a campaign centered on the means of the social media platforms, taking the opportunity from the fact that such means of communication are, in the reality of our times, the most popular way of delivering a message to a large population. Still, the most recent surveys on the matter have shown that Americans have separate opinions when it comes to the way Hillary Clinton would deal with family needs problems and to her touch of the public, if she were to become President of the United States.

So Americans have separate opinions on Clinton`s family needs approach and, in addition to that, her numbers in the surveys are getting lower than they were last year, in the same period of time. In general, Americans split when it comes to the touch of public that Hillary Clinton would have as president, and the sides are separated by a slight difference.

However, the latest events on the US political scene have revealed the fact that Hillary Rodham Clinton is ready to apply a strategy similar to the one which got the current president, Barack Obama, ahead of his Republican rival, Mitt Romney, in the elections of 2012.

At that moment, the rival of Mr. Obama was a rich man, Mitt Romney, who failed to convince the American voters that he would understand their needs and would proceed in improving the situation of the US citizens at a family level.

That also seems to be the problem that Hillary Clinton is facing right now, but a recent survey by CNN/ORC has shown that she might still have a chance of persuading the voters that she is ready to get rid of their problems. The survey uncovers the fact that 47 per cent of the Americans think that the most relevant Republican candidate could relate to them if she occupied the position of President of the US. However, the numbers of Clinton in this context have dropped from 53 per cent, in 2014, in the same period of time.

A poll by ABC News/Washington Post has also been published. According to them, the percentage of Clinton`s relation to the problems of the population has also lowered, but their survey says 49 of the American people rely on Clinton as a guardian of their financial situation at the most basic level.