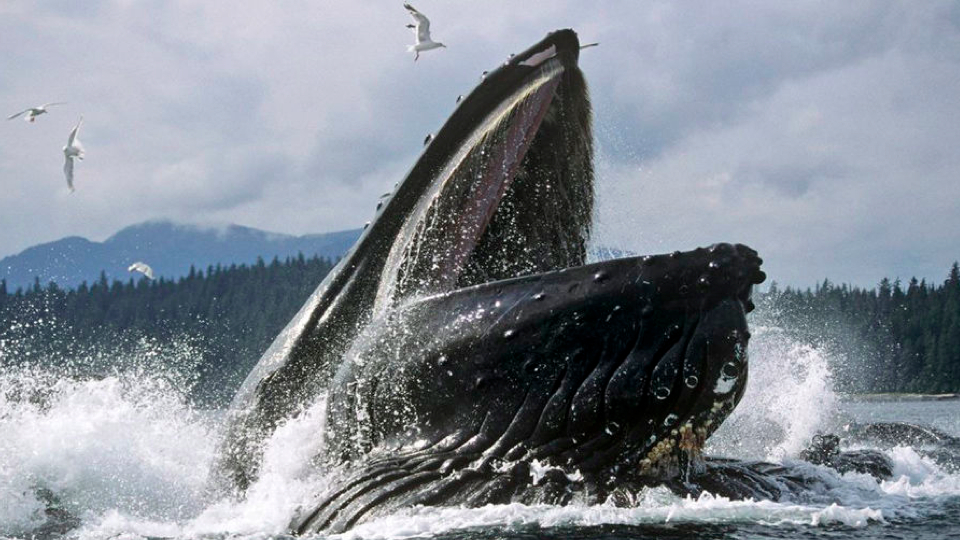 A team of researchers has come closer to identifying those whale anatomy particularities which allow Rorquals to consume massive amounts of water and food. Stretchy nerves located on the animal’s tongue are involved in their unique eating patterns.

The rorqual family includes humpback and blue whales and isn’t unique only because of the sheer size of its representatives. These animals are capable of opening their mouths and ingesting water and food volumes exceeding those of their own bodies.

Until recently, scientists weren’t able to correctly explain this capability. However, a team of researchers from the University of British Columbia made an inadvertent discovery: they stretched a thick cable-like structure located in a fin whale’s jaw. This structure was then identified as a nerve.

Normally, nerves aren’t elastic. In fact, they are exceptionally fragile. Collagen fibers surround nervous structures and stretching them can result in damage.  But in this particular case, the whale’s nerves stretch and recoil like bungee cords,” Dr. Wayne Vogl, co-author of the study, said.

According to the team’s conclusions, in the case of rorqual whales, collagen fibers are replaced with elastin ones, allowing the nerve fibers to unfold whenever the whale begins to feed. Floating prey will enter the animal’s mouth together with large amounts of water.

Moreover, the nerve fibers themselves have a unique disposition. Instead of running smoothly as nerve fibers do, the whale’s nerve fibers appeared to be wound neatly around the nerve’s central portion.

These unique nerves are located in the whale’s tongue as well as its anterior-grooved blubber and behave similarly to bungee cords. When placed under tension, the nerves are capable of doubling their length without suffering damage. They are then capable of returning to their initial length.

At one point, the nerve snaps back leaving the sea water and prey to be separated through the baleen plates located in the animal’s mouth.

The fortuitous discovery occurred when a team of Canadian researchers travelled to Iceland in order to study whale anatomical particularities. While investigating the whale’s mouth floor, dr. Robert Shadwick, a co-author of the study, stumbled across the peculiar-looking white chords.

Initially, the team believed they had discovered a blood vessel. Dr. Shadwick attempted to pull at the strange formation and noticed that the thick nerve stretched to almost twice its initial length. It was only after dissecting the odd structure that Shadwick and Vogl realized that they had been pulling at a nerve.

In humans, stretching nervous structures often results in injury, as any athlete acquainted with nerve-stretch injuries can confirm.

Whales appear to have ideally adapted around the issue of stretched nerves. And since their mouths inflate to such amounts when ingesting food, nature may have found the perfect solution to an otherwise bothersome problem.

If the whale’s nerves would suffer stretch damage, they would no longer be able to instruct the muscles in the floor of the whale’s mouth to contract.

In order to squeeze the large amounts of water out of its mouth, the whale needs to have intact nerves capable of sending the required impulses. Only researchers will be able to confirm whether stretchy nerves represented the key adaptation whales needed to reach their impressive sizes.
Image Source: io9