You are here: Home / World / UN: Relief Efforts for Nepal Are Being Hampered by Customs 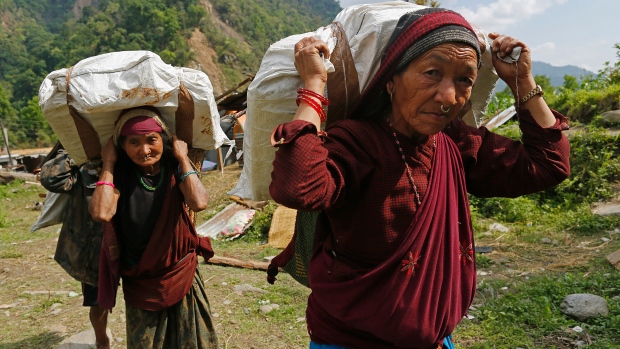 Relief efforts for Nepal are being hindered, according to the United Nations, with deaths caused by the major earthquake from a week ago surpassing 6,600.

On Friday, the Nepal authorities lifted restrictions over tents and tarpaulins, but according to a UN resident representative Jamie McGoldrick, even more loosen customs restrictions will have to be established in order for the relief material that increases each day to reach the victims in a timely manner.

McGoldrick explained that because Nepal has preserved the peacetime customs practices, a lot of very much needed aiding materials are being held up at Kathmandu airport instead of reaching out the victims by ferries.

The government has yet to respond to the custom situation; however, finance minister Ram Sharan Mahat had made an international appeal early on, asking donor to send basic food reserves, tents and tarpaulins.

He added that some of the materials that were already sent, such as mayonnaise and tuna fish, had no use in the crisis they are facing now, instead the need is great for grains, salt and sugar.

According to the official statements, the 7.8 magnitude earthquake that happened last Saturday had a death toll of 6,621; in addition, more than 14,000 people suffered serious injuries.

Tension and anger are at the brim, as hundreds of thousands of people are now homeless because of the quake, yet basic aid materials are being hampered due to logistic blockage, weak infrastructure and a disorganized government response.

After the U.S. and Nepal’s government reached an agreement earlier this week, US military aircraft and personnel are set to arrive in Kathmandu today in order to help sort out the relief operations.

It’s already been a week of chaotically receiving materials, so the 100 Marines will make it their number one task to deal with the growing stacks of relief goods. Brigadier General Paul Kennedy said the U.S. is sending six military aircraft and lifting equipment.

Kennedy explained that your first priority in such crisis situations is not to let the supplies gather in mountains, because planes will no longer have space to land more supplies, unnecessarily slowing the relief process.

Customs are not the only ones to slow down the process. Efforts to up the pace of relief material deliveries were hindered by a shortfall of trucks and drivers, because many had to go back to their villages to help their own families.

According to Nepal Food Corp, the storehouses are full and the food stock would bring a lot of help, but the pace of the delivery considerably slows down the efforts.

The army helicopters dropping instant noodles and biscuits to remote villages are helping, but it’s not enough to cook a proper meal, so people are in dire need of rice and other main ingredients.