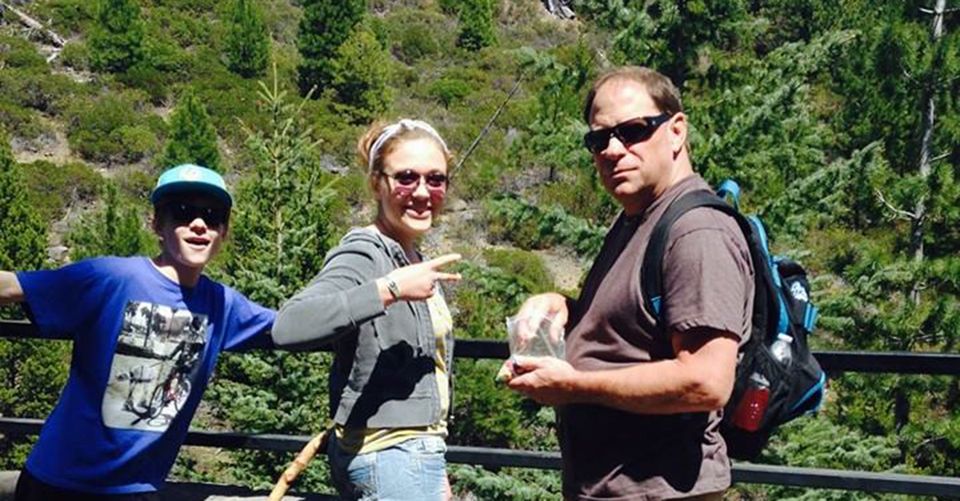 The idea behind vandalism, ill-doers would say, is to not get caught. Sadly, anonymity wouldn’t be a luxury that a particular group of vandals would enjoy. In fact, the Tumalo Falls vandalism attempt was hijacked by an Oregon man who happened to be in the right place, at the right time.

Mr. Brett Nelson is fond of nature walks and a Saturday hike on a sunny day seemed like the perfect idea at the time. Little did he know that he was about to stumble across a fellow hiker accompanied by two teenagers who thought that carving their names into the railings overlooking the waterfalls would add to their hiking experience.

Initially, Mr. Nelson and his hiking companion Lyle Sweeney asked the three to stop etching their names into the railing. A clear refusal caused Mr. Sweeney to capture an image of the three hikers, who even posed for the photo that was being taken.

The picture was unavoidably posted on a social media platform with a caption describing the incident. Mr. Sweeney highlighted the spontaneous hike that he and his companion decided on and how it was “spoiled” by a “proud parent” and his ill-raised teenage children.

When he addressed the father of the two, asking whether he was aware that the three had actually defaced federal public land, neither the father nor the two teenagers seemed concerned.

Sadly, the three returned to their carving, Mr. Nelson explained.

Luckily, the picture serves an additional purpose. The Forest Service is now able to identify the man, especially since an investigation wouldn’t have been initiated without photo evidence.

“Proud Dad and Kids pose as they carve names in hand rail at Tumalo Falls,” the Facebook post wrote.

Since being posted on Saturday, the vigilante’s photograph was shred 57,000 times.

Vandalism is a frequent occurrence in the forest, Kassidy Kern, Deschutes National Forest spokeswoman explains, despite the fact that Oregon residents take pride in their parks and public land.

According to Glen Sachet, US Forest Service regional spokesman, vandalism is not only common but also hard to deal with. Forest Service employees and volunteers invest hours upon hours cleaning after and investigating such events. Rarely do they manage to identify, let alone prosecute those responsible.