You are here: Home / Technology / The Most Bike Friendly Cities in the United States 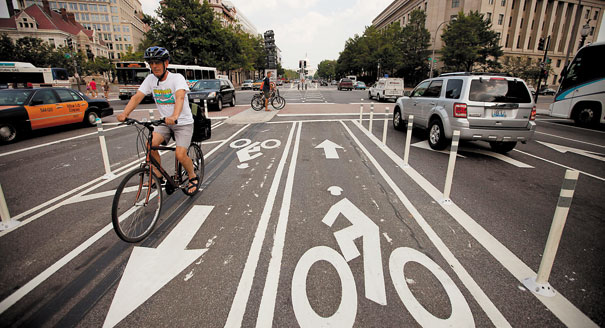 It may not surprise you to hear that transportation by bike is not only healthy, but cheap and eco friendly. And you most probably have already heard the anti pollution speech a hundred times. But there are some things that you might not know, or you might not have noticed until now. Like, for example, the fact that most cities, which are by definition huge and sadly one of the main causes for pollution, do not have the appropriate infrastructure that would be needed in order to have eco friendly gigantic settlements like the majority of our cities look. And it certainly is a pity and there is no doubt that the authorities have to work “in order we can say `life is beautiful“`, quoting from the Italian film director Roberto Benigni. But, until then, here is a list of the most bike friendly cities in the United States.

Walk Score, a Redfin company, has recently released a paper called `2015 Bike Score Ranking`, which is basically a list of 154 cities in the United States where you can go by bike and travel in a proper and safe way.

Even if the bike friendly trend has gotten into the minds of the city designers and administrators, possibly following a project implemented for decades now in some European countries, especially the Netherlands, the American cities are not yet prepared for the alternative to polluting transportation.

And it is not only the infrastructure that a city has to provide for the people who want to travel by bike. This represents, at a more profound level, a change in the mentality of the citizens. And, for a more practical approach, maybe some classes in order to educate people about the bicycle transportation and the rules of traffic would be recommended.

The Bike Score Ranking by the Walk Score company has been elaborated through a constant reference to such elements. And it seems like some of the cities in the United States look good when evaluated in connection to their bike friendliness.

Not only the cities have been taken into consideration by the authors of the ranking. Some towns like Cambridge, Davis, Berkeley and Santa Cruz scored high, even higher than the cities, showing that small towns have done what it was required to contribute to eco friendliness.