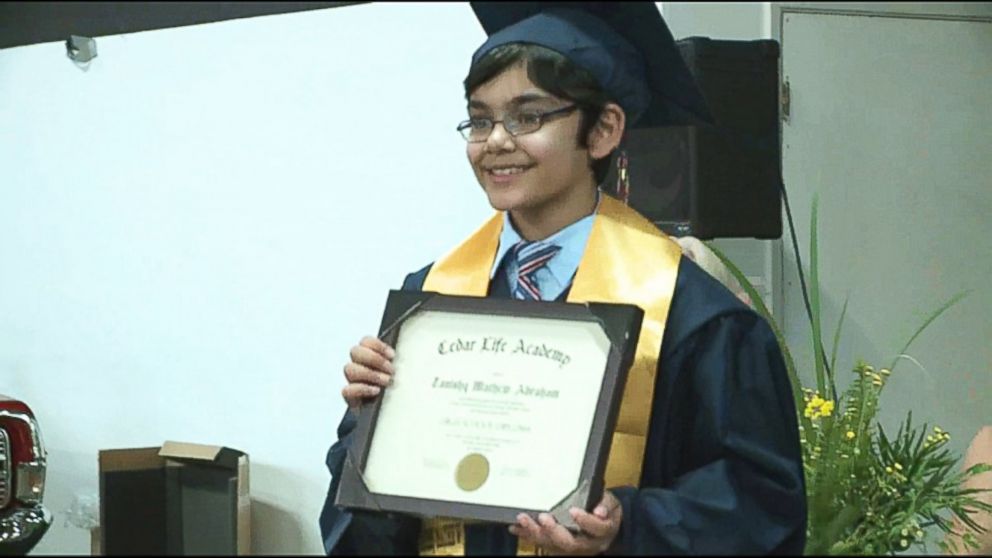 While most of the common people have to wait to get over 20 years old in order to get a degree and start looking for a job, this wonder kid in Sacramento has recently graduated college and he is just 11 years old. And he did it in big style. He has graduated with 3 degrees from the American River College located in Sacramento, CA. As Sir Ken Robinson, a famous speaker and psychologist with a productive interest in education has observed, most of the teens graduating college in the reality of our present days only get a degree in order to come back home and continue playing console video games. So the future of the wonder kid Tanishq Abraham is for sure an interesting matter. While United States might offer him a context in which he could develop his extraordinary capacities, the entire world might be looking at him as a solution which could not fail in any way. The most recent news on the matter says that Tanishq Abraham graduates college at age 11, a remarkable event in the education system of our times.

Tanishq Abraham has already thought about he ought to do in the near future. And this may not surprise you at all, if you were to take into consideration the fact that he has a fantastic mind. According to the 11 year old, he would like to take courses at Standford University in Palo Alto, CA, in order to prepare himself for  career as  doctor. He would like to do research in the field of medicine and also he sees himself as a good president of the United States of America.

Tanishq Abraham has received his high school diploma just one year ago, at the age of 10. By achieving this success, he became one of the youngest people to ever graduate high school in the United States.

Tanishq Abraham has been home schooled since the age of 7. In March 2014, he passed an exam which confirmed the fact that he meets the academic requirements needed in order to obtain his diploma.