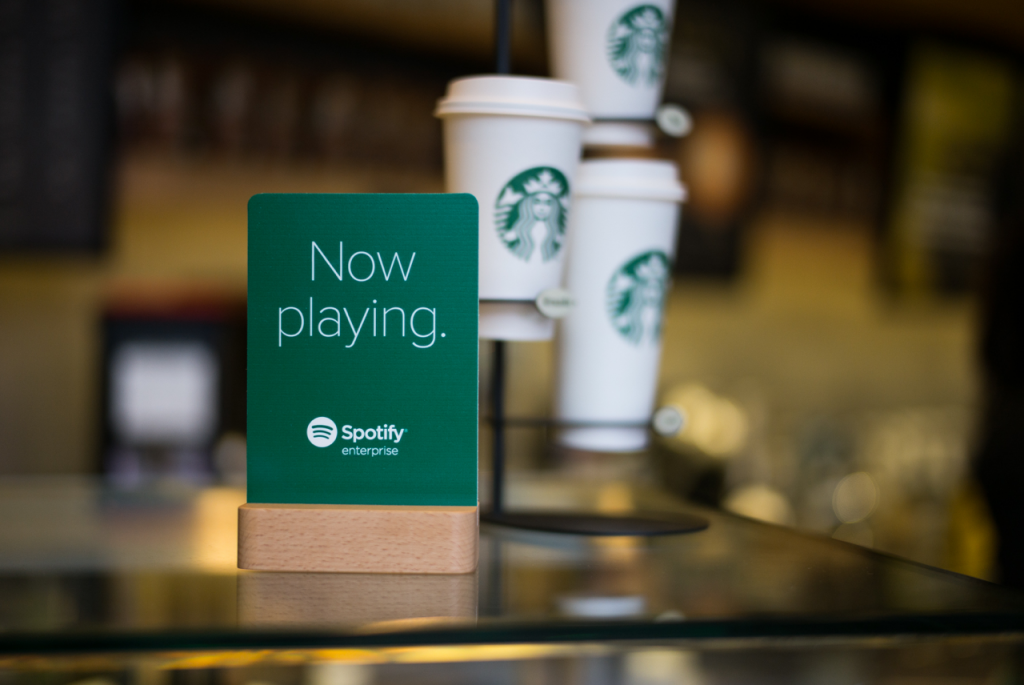 Ever since Apple announced its partnership with Beats for a new music streaming service, the media has been waiting for a reaction from Spotify, the main competition in the field.

This morning, the waiting is over, as Spotify announces a new partnership with Starbucks, the American coffee company. So far, only the US locations of Starbucks will implement the new changes, but plans for expansion in Canada and the UK are underway.

The partnership involves 150,000 Starbucks employees being offered Spotify Premium subscriptions, and features that will allow them to alter the in-store music programming via Spotify.

What will basically happen is that Spotify will allow Starbucks employees to create branded playlists that will be played in their locals.

Moreover, the Starbucks mobile app will have a feature allowing users to stream that music, and Spotify will also support the initiative on its website. So far, details of the deal, such as who will be funding the 150k premium subscriptions to be offered to the Starbucks staff, are not yet disclosed.

Spotify will also take part in the “My Starbucks Rewards” loyalty project, as the first external organization to do so. It’s a waiting game before we see how earning stars as currency applies to the Spotify partnership.

One of the tricky details of Starbucks signing a deal with Spotify is the fact that the coffee company is known for offering customers free music, e-books and app features via Apple’s iTunes Store, one of their long-standing marketing partners.

Besides the official announcement, rumors about a possible release of “Spotify Now” are travelling fast online. The service would allow users to create personalized playlists according to their current mood or the activity they are performing.

It is thought Spotify plans to incorporate a potential fitness feature, so listeners have the ability to sync music to the pace of your physical workout – but this may only be available in a future update.

The idea behind “Spotify Now,” and even the choice of name, resembles the Google Now service, but for music. Google Now was designed to tap into the user’s location and habits, then create little cards with snippets of relevant information at the right time.

Applying this concept to music might offer even more of an experience; image how awesome it would be that Spotify could detect you’re at the gym and automatically play your favorite workout playlist.

Some expect the “Spotify Now” feature to be announced tomorrow, but even if the company will wait a bit longer for that, Spotify is doing a marvelous job anticipating and understanding their users’ needs in music experience.
Image Source: Tweak Town