You are here: Home / Health / Skin Cancer Might Be Cured By Revolutionary Herpes-Based Treatment 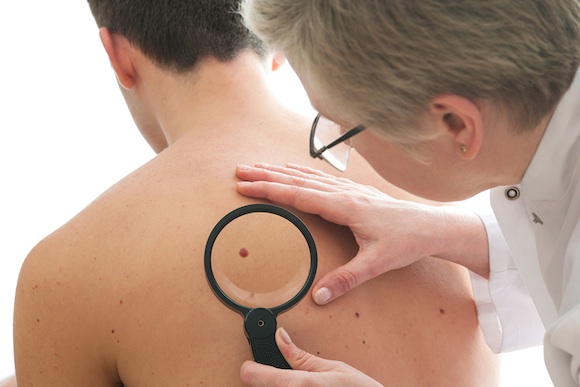 Very good news lies ahead for patients suffering from an incipient or more advanced form of skin cancer. Recent studies have shown that skin cancer might be cured by revolutionary herpes-based treatment, which has had very good results during the past trials.

Many medical endeavors are being carried through each year in order to determine possible new ways of combatting the dreaded disease. According to the recent investigations, skin cancer might be cured with the help of a highly revolutionary herpes based drug. This statement is grounded on the recent studies that oncology doctors have carried out registering impressively good results.

436 patients were asked to take part in the recent study. Researchers opted for patients with advanced inoperable melanoma as the effects of the therapy were thus, more noticeable. On the other hand, patients in an advanced cancer phase agree to take part in similar medical experiments hoping they could thus, contribute to the discovery of a new effective treatment against the disease.

Participants received shots containing a herpes-based treatment and their evolution was carefully supervised throughout the entire trial period. By comparing the results, doctors were able to infer that patients who have received the new medical treatment had better chances of survival than those who recurred to regular and traditional treatments.

Statistics have shown that 163 people, who were treated with T-VEC, the new skin cancer medicine, survived an average of 41 months, unlike the rest of the patients receiving other treatments who survived only 21.5 months. More than 16 percent respondents had a positive treatment response that was longer than six months.

No major side effects were registered during the trial period. Nevertheless, the drug will be subjected to numerous other tests and experiments until it will become available on the market, researchers have stated.

There are many other benefits doctors could think of in addition to the prolonged life expectancy. The herpes virus has been genetically modified to contain fewer genes. According to biologists, the virus had two genes removed in order to prevent it from affecting healthy cells. Thus, the new treatment could represent the much-awaited cure that efficiently combats tumorous cells and increases patients’ natural defense mechanism.

The experiment was performed by the pharmaceutical company Amgen, which is also the producer of the drug. The company received both financial and moral support from UK’s Institute of Cancer Research as the institution encourages all these initiatives.

Scientists estimate that the drug will continue to be tested for at least one more year until it could be ready for launch. The injection will have to pass the European Medicines Agency’s test as the latter will say whether the drug may or may not be commercialized.

The findings of the recent study will be published in the Journal of Clinical Oncology.
Image Source: Lalor Family Practice