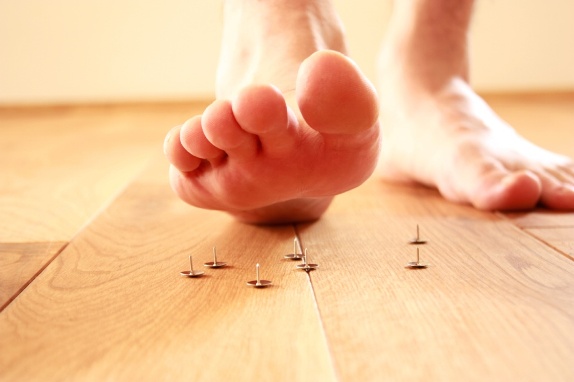 An international team of researchers in partnership with the University of Cambridge has recently published in the journal Nature Genetic a study on the gene responsible for making us feel pain.

Discovering the gene that basically allows pain-sensing neurons to receive signals of distress on any part of the body could have serious effects on how pain relief is managed by encouraging new methods to be developed.

We desperately need pain perception, the warning mechanism that raises red flags whenever we are exposed to potential tissue damage by alerting us about the dangers present in our environment.

There are, however, humans who can’t feel pain at all; in UK, for example, one in a million people are born in the UK without pain perception. If you thought “That’s awesome! They can’t feel pain!” think again.

As a result of their inability to feel pain, these people often suffer from self-inflicted injuries, some of which can prove lethal or significantly reduce lifespan.

Two teams of researchers took it upon themselves to study the genetic material of 11 families from Europe and Asia who suffer from the inherited condition known under the name of “congenital insensitivity to pain” (CIP).

Using genome mapping, the scientists discovered that the cause of CIP is the gene PRDM12. This gene comes in two variations, and if a family member only inherited one copy from their parents, they were not born with the condition.

Co-author of the study Geoff Woods, Professor at the Cambridge Institute for Medical Research at the University of Cambridge, explained that even though being able to sense pain is one of the most important sources of self-preservation, there’s so little we know about the situation when humans lack that ability.

The scientific world has been mostly focusing on how to understand and reduce excessive pain, but understanding both scenarios is vital in the development of new pain medication.

So far, four genes were found to be related to lack of pain perception, with PRDM12 bringing that number to five. But identifying these genes is crucial – two of the previously-discovered genes have already been involved in creating new pain killers; they are currently tested in various clinical trials.

Senior author Dr Ya-Chun Chen from the University of Cambridge has expressed his hopes that the newly-discovered gene will bring innovation in drug development, following the example of recent successes that scientists have had with using drugs that target chromatin regulators.
Image Source: Alberta Family Podiatry