You are here: Home / National News / Obama Promotes “My Brother’s Keeper” Program in a Passionate Speech 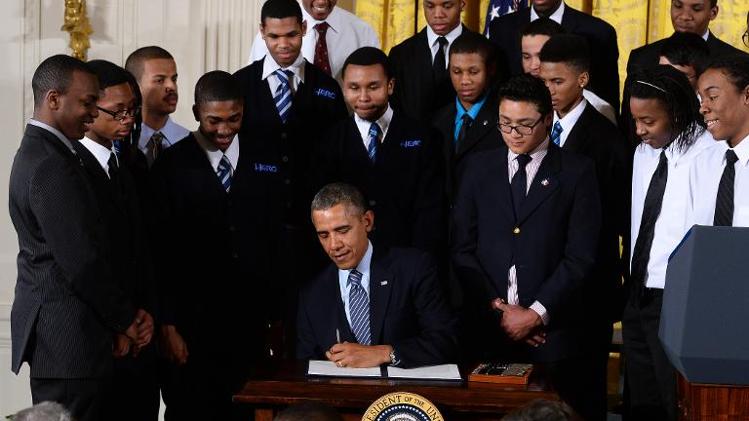 During his intense speech given on Monday at Lehman College in New York City, President Barack Obama presented the newest branch of his My Brother’s Keeper project, which will offer opportunities and motivation to young men of color who live in high-risk neighborhoods, so they can have a chance to better their lives.

The expansion of My Brother’s Keeper Alliance, which is fully funded by the private sector, was prompted by the protests and the violent rifts between the community of Baltimore and the local police. These events followed Freddie Gray’s death, and the president stressed that this initiative is a “big deal” to him.

In the raucous applause of the audience, the President stated that the project will be his life mission – and not just for the remaining time he has in the office. With the help of his wife, Michelle, Obama pledged to follow through on his promise for the rest of his life.

His speech touched a few personal experiences when he started talking about how he grew up without a father, adrift and confused. The only thing that prompted him to not be a complete failure was the more forgiving environment, something a lot of the young men enlisted for his signature social programs unfortunately do not have.

Obama did not hide from talking frankly about the current situation in Baltimore, recognizing the sense of powerlessness and unfairness that definitely contributed to the protests. He also acknowledged the fact that, indeed, young men of color are far-too-often treated differently in the community by the local law enforcement.

The economic importance of the My Brother’s Keeper Alliance was the next point in the speech. Obama mentioned a few companies, such as Sprint and BET, which have already invested in the project, as they recognize the fact that making sure all young people have an opportunity to succeed equals to a very strong economic imperative.

So far, My Brother’s Keep Alliance has received almost $80 million in investments. Among the goals of the organization we mention helping 50,000 more students of color to get into secondary education, as well as doubling the amount of children of color who can read by the third grade.

Obama urged drastic changes in the way we view Latino and black youths – who are mostly ostracized and put in jail. If nothing happens soon, the American society will surely lose important assets in terms of productivity and potential.

The president argued that a lot of young men of color are wasting their potential in prison over minor non-violent drug offenses. He added that casting blame instead of offering solutions is not the American way of resolving issues, and that the root of the problem should be addressed first: the sheer poverty these young people live and the lack of opportunities to prove they can do better.
Image Source: Diplomas Now