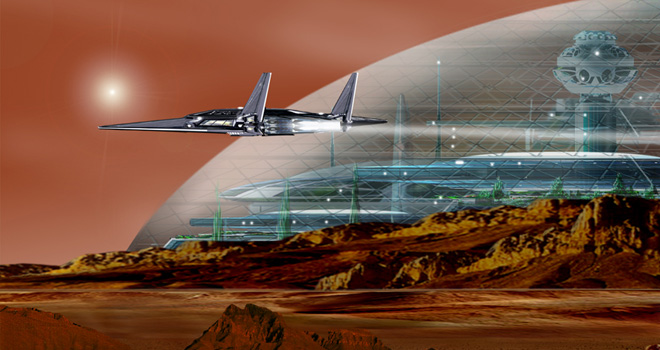 NASA is involving the public in their futuristic project of creating human colonies on Mars by asking them for original ideas on the best ways to keep astronauts safe with lowest resupplies from Earth.

The contest dubbed “Journey to Mars Challenge” will award $5,000 to three winning participants who will come up with a functional idea in assisting human exploration of Mars. There are a few criteria for proposals to be taken into consideration, described in an official NASA statement: “technically achievable, economically sustainable, and minimize reliance on support from Earth.”

The agency encouraged people to think outside the box and find solutions for various aspects of living on another planet: breathable air, housing, water, physical activity, food, medicine, social communication and many other innovative and creative components that qualify with the given criteria.

Because launching and re-launching present some of the largest costs and obstacles that stand in the way of space exploration in general – and Mars exploration, in particular – NASA is looking especially for ways to limit them by asking people what things should be taken into space on these missions and how often to resupply them.

The space agency is particularly focused on the resupply aspect, because trips to Mars could take place only every 500 days. At other times, spacecraft have more difficulties travelling between the two planets because of the respective orbits. In comparison, the International Space Station has the ability to receive new supplies every few weeks or months, depending on the urgency of their needs.

If you’re interested or you think you might have some useful ideas, access https://www.innocentive.com/pavilion/NASA to find out more information about the challenge. On a final note, NASA said they are looking for ideas that come with a strategy; in other words, you have to also provide the ways you believe it can be developed, tested and implemented in a future Mars colony.

Along with the “Journey to Mars” initiative, the Humans to Mars Summit in Washington, D.C. was also announced, an international conference that took place this week, in which NASA scientists have also given some speeches. Experts believe that humans could be brought to Mars affordably within the next few decades.

The human exploration program has had a few hiccups in meeting its desired targets, so NASA has publicly reshaped it in a series of stepping stones to reaching Mars. One of them is the current one-year mission on the International Space Station, an initiative set on helping scientists better understand how the space will influence the human body.
Image Source: Tech News