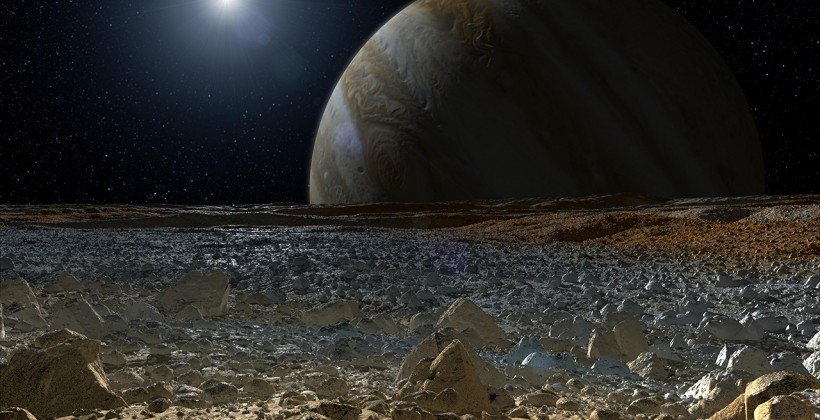 Recent reports show that NASA has selected cutting-edge tools for its 2020 Europa mission as the administration plans to better analyze the surface of Jupiter’s moon. The recent interest was sparked by recent images captured by the Hubble Telescope suggesting that an ocean might be hidden underneath Europa’s surface.

Recent space footage has provided scientists with many useful insights related to the composition of Jupiter’s moon, Europa. According to them, Europa might be hiding an extremely vast and valuable ocean underneath its thick surface. The images, however, have only been confirmed by statistic calculations, as the administration did not have the opportunity to closely study Europa’s surface.

Luckily, the National Aeronautics and Space Administration has figured a way to get closer to Jupiter’s moon and gather relevant information about its composition and its activity. Official declarations have stated that NASA has selected cutting edge tools for its 2020 Europa mission.

The Surface Dust Mass Analyzer (SUDA) designed by experts at the University of Colorado is a Boulder instrument. The investigating machinery has been purposefully created to measure the composition of the solid particles that were released by Europa as a result of meteoroid bombardment. In addition, SUDA will withdraw samples of the small particles stemming from Europa’s hidden ocean.

NASA officials have recently received photos showing strange particles being thrown away into Europa’s atmosphere. Further analyses have revealed that the particles belonged to the hidden ocean underneath its surface. Moreover, there are ice particles covering the surface of Jupiter’s moon, so experts expect temperatures to be very low.

The Administration believes the 2020 mission on Europa will help them cast more light on the solar system. SUDA is the main tech tool that will be supporting NASA’s attempt in “understanding the prerequisites of life in the solar system,” concluded Assistant Professor Sascha Kempf, who is also leading the project.

Many other technologically advanced tools have been selected for the development of the upcoming mission on Jupiter’s moon, each having its own individual purpose. NASA received 33 proposals from around the world, but it has only selected 9 instruments as the latter were the only ones that truly worked for NASA’s objectives.

Based on engineers’ description, SUDA weighs approximately 24 pounds and was endowed with high-tech shielding to ensure protection against its Jupiter’s powerful radiations. A similar Dust Counter was recently sent to Pluto, so scientists are not totally new to this technology. The instrument is due to get as close as possible to Pluto on July 14th.

The costs for the Europa mission amount to $30 million. When the solar-powered spacecraft will be sent into the space, it will orbit around Jupiter and Europa at a 16-miles distance (25 kilometers) for a period of three years.
Image Source: CDN