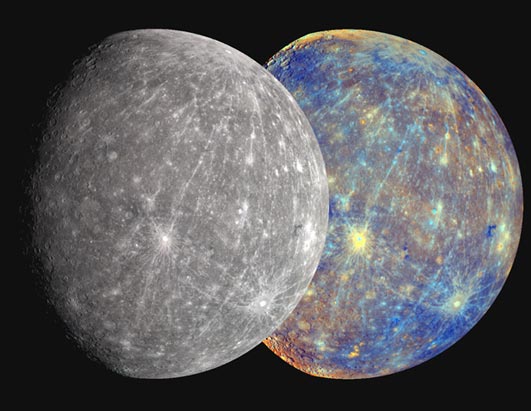 The National Aeronautics and Space Administration offered more insights into Mercury’s magnetic field and liquid core, given the recent interest that the public has manifested for the subject.

Ever since the first photos and press releases were published on Monday morning, the Internet was flooded with news articles related to the matter. The popularity of the subject is due to the fact that scientists did not know, until now, that the planet had such an old magnetic field.

Mercury’s magnetic field was now discovered thanks to the recent pictures that NASA’s Messenger has recently transmitted. According to experts’ evaluation, Mercury developed gravity a long time ago, even previous to the time when Earth inherited its own gravitational energy.

Mercury’s’ magnetic field is approximately 4 billion years old. NASA explained that the liquid core of the planet is the main factor behind Mercury’s powerful and long-lasting magnetic field.

The 100,000 photos that Messenger has sent on Earth before it crashed on Mercury’s surface have revealed other findings, as well. Apparently, the planet’s crust is thicker at the center and thinner at the poles. This means, the planet’s core is liquid, more specifically, it is made out of liquid iron sulfide, rarely noticeable on terrestrial soil.

Although the evaluations are not precise, experts managed to estimate that the liquid iron sulfide covers 85% of Mercury’s surface. Its core is, therefore, a lot bigger than the one of the Earth.

Mercury is the smallest planet of the solar system and the closest celestial body to the Sun. In spite of its old magnetic field, Mercury has no atmosphere, thus, experiencing highly dramatic temperatures. Space reports have shown that the celestial body faces −173 °C (−280 °F) at night and, up to 427 °C (800 °F) during day time.

NASA’s Messenger was launched into space in 2004 in order to study the behavior of the mysterious celestial bodies. In the time interval between 2011 and 2015, the space shuttle studied mainly the surface of the smallest planet in our solar system, Mercury.

Messenger’s mission in the outer space was supposed to last only several years, but scientists at NASA have extended its duration as the spacecraft had sufficient energy and resources to orbit around other celestial bodies, as well.