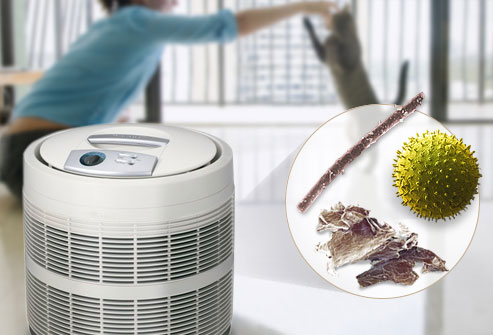 A recent study in China shows that indoor air purifiers help patients with heart conditions as it can significantly reduce air pollution. The research proved that blood clotting decreased when respondents were asked to stay within a space featuring air purifiers.

Air purifiers are generally considered useful, especially for patients suffering from lung affections, such as asthma or bronchitis. A recent research, however, proves that air purifiers may also be used to lower the occurrence of many of today’s heart conditions.

The study was developed by Renjie Chen and Ang Zhao of Fudan University in Shanghai, who have asked 35 healthy students to carry out regular day to day activities in homes featuring air purifiers. Pre-study and post-study tests have revealed that the blood circulation and the heart functions of the respondents have been visibly improved during the 48-hour interval when they breathed purified air.

Researchers place this new findings on filters’ ability to reduce air pollution. This aspect is currently of major importance to most Chinese inhabitants as China is facing world’s greatest air pollution levels at all times. North America follows in its footsteps, but still, figures are alarmingly high around the Asian regions.

While the recent test may not be self-sufficient, scientists think there could be many additional benefits people can draw from these recent findings. In their opinion, the technology of air purifiers might be used in the future to reduce air pollution both in homes and other enclosed spaces.

Researchers, however, have warned people that these devices may not register the same results or efficiency under other circumstances. They think results may vary in suburban areas where the air is known to be less polluted. Also, figures may differ from one country to another as some lands have bigger pollution levels than others.
Image Source: WebMd