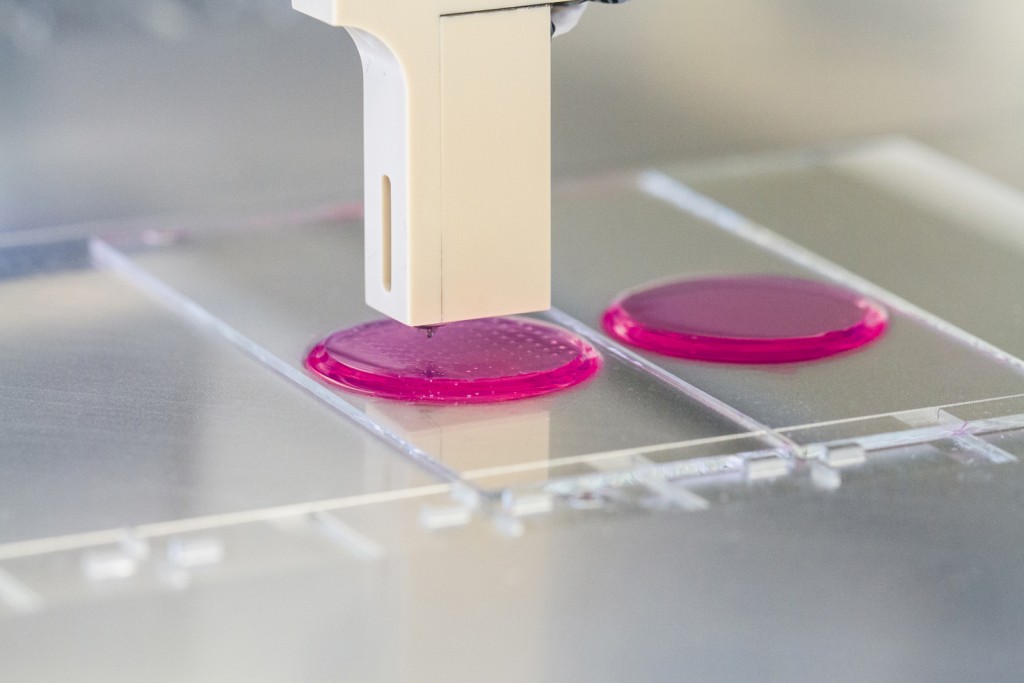 University of Toronto researchers managed to take biomaterial to new limits beyond stem cell transplantation – in their mice experiments it also helps speed up the healing process in eye or brain injuries.

The newest breakthrough in in cell transplantation is using “hydrogel” in keeping cells alive and active, and enabling a better integration into the tissue.

Even though these are only preliminary lab trial results, scientists could already find supporting evidence that it can partially treat blindness and participate in the brain recovery after a stroke.

Molly Shoichet and Derek van der Kooy, professors at the University of Toronto, worked alongside Professor Cindi Morshead to come up with a way to enclose stem cells in a hydrogel that acted as booster for the healing process when implanted inside the eye or the brain.

Their research is part of a larger initiative that looks to develop better therapies that can reverse nerve damage caused either by injury or disease. With the help of the university’s Donnelly Centre for Cellular and Biomolecular Research, the professors published the paper in Stem Cell Reports.

Stem cells are part of the future of therapeutic treatments, mostly because they have an amazing ability of transforming into any cell type found in the body. They can also stimulate regeneration of organs and tissues.

So far, more scientists have succeeded growing stem cells in labs; but as soon as they were transplanted into an injured spot in the body, they would shut down. Instead of thriving in the new environment, its complexity would prove too much for the implanted stem cells.

That’s why most experiments resulted in the cells dying or failing to integrate properly into the tissue. But the hydrogel was not invented just now.

Shoichet, an awarded and esteemed bioengineer (she won the L’Oreal-UNESCO for Women in Science Award not long ago), gathered a research team and created it in 2010, designing it to act as bubble wrap that would hold cells intact when they needed to be delivered for transplants.

Their purpose was to hold the cells together inside the hydrogels, but Shoichet proved it can do more than that; according to their research, stem cells have better chances of surviving and integrating in the tissue when hydrogel is present.

Shoichet says discovering the effect of engineered hydrogel on stem-cell has brought this kind of therapy to a new level. After receiving such good results from the lab tests, the University of Toronto researchers presented in a pictured show how the biomaterial is useful in stem cell transplantation, but not just that: it can actually speed up eye and brain healing.

Stem cells did not just thrive inside hydrogels, but researchers took the next step, which was showing how the new cells have the ability of restoring lost functions caused by damage or illness.

Blind mice were used to test the hypothesis of the Stem Cell Reports study; the team injected photoreceptors inside hydrogel, grown from stem cells, and then directly into the mice’s eyes. Due to the significantly increased cell survival and improved integration in the surrounding environment, mice were able to partially regain sight.

This part of the study was led by Dr. Brian Ballios, expert in stem cell biology and regenerative medicine for retinal degenerative disease; he explained that the blind mice regained roughly 15 percent of their pupillary response – basically, they started detecting light entering the eye.

Michael Cooke, a postdoctoral researcher who works in Shoichet’s lab, was responsible with the experiments involving treatment of mice brains who had recently suffered from strokes. One of the most impressive progresses was the motor coordination, which improved in just weeks after the transplant.

As researchers found that hydrogel already worked efficiently in two different parts of the nervous system, they hope it can do the same in transplants involving other body areas. Hydrogel is also dissolvable, which means that after delivering cells to the site, it gets absorbed by the body within a few weeks.
Image Source: Fraunhofer