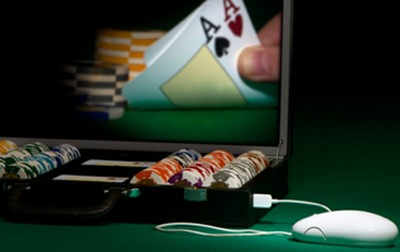 The long-lasting debate has finally come to a conclusion: humans are better than artificial intelligence, new poker contest reveals during a Pittsburgh competition on the 24th of April.

Philosophers, on the one hand, and scientists, on the other hand have always carried out debates about the human or the artificial intelligence.

The first claim humans are the best as no other machine can have the same abilities, emotions and accuracy as the human being.

Scientists, on the other hand, have fallen in love with the product of their work: the artificial intelligence. They claim robots and computers can perform the same activities as humans registering the same, if not better results.

While both parties have well-grounded arguments, practice says only one group can win the competition.

Artificial intelligence has proven itself useful many times before; yet, humans have managed to successfully defeat computers during the recent Poker competition at the Rivers Casino in Pittsburgh on April 24th, 2015.

The competition was organized by scientists at the Carnegie Mellon University (CMU). They have created a computer-program called Claudico meant to play several casino games against human contestants.

No real money was used for the Pittsburgh Poker game, but the sums were calculated according to the real rules of the game.

In spite of the significant victory that humans have registered against computers, scientists continue to sustain that artificial intelligence will, eventually prevail. They have categorized the recent triumph as insignificant.

The four humans, who attended the Poker contest didn’t seem too convinced of the human supremacy, either.

Bjorn Li, particularly, told the press that human beings will definitely be taken over by the artificial intelligence. He further stated that humans should rejoice these moments, when they can still defeat computers as nobody knows how long they will last.

The computer science team at CMU was, nevertheless, more interested in Claudico’s ability to play poker against the four human players.

At the end, of the competition, Claudico was declared the best Poker computer player at present. The program needs to be further improved as the unpredictable bets it makes lead to important mistakes
Image Source: Capital Otc