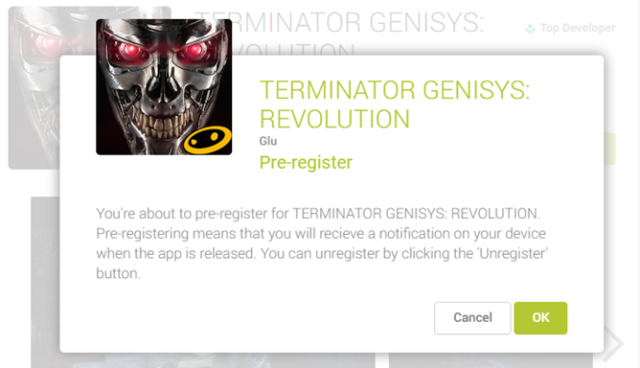 According to a recent announcement made public by the search giant, Google Play Store Gets Pre-Registration option for Android users.

Google’s spokespersons have recently announced that the giant corporation plans to add new facilitating options to its Google Play Store.

The most recent upgrade that the online platform has received is a new pre-registration option, which enables users and consumers to stay updated with all the new products.

The pre-registration option will bring both producers and consumers many benefits.

Among the first advantages that the search giant has underlined during its press conference, was the fact that users will get notifications related to the upcoming application launches.

Although the many features of the new Google Play Store pre-registration option have not yet been entirely revealed, tech analysts have managed somehow to anticipate the looks of the new upgrade.

They claim the pre-registration option will list all the apps that producers plan to release in the future. The first listing was made for Glu’s new version of Terminator Genisys: Revolution, which will be officially available in June when the movie comes out, as well.

Google’s new Play Store app listing has definitely captured producers’ attention due to the possible financial and marketing benefits they can thereby obtain.

App developers will, thus, manage to inform their customers about the online platforms or games they plan to release. Thanks to the simple, yet precious app listing producers don’t have to worry that consumers will lose their interest in a particular app or game they develop.

Users, on the other hand, can easily follow the latest activity of their favorite developers. They will be notified months before new updates and apps get released.

We can’t tell for the moment whether the listing of the apps will take into account the previous preferences or subscriptions that users have made.

Google did not make other declarations except that the pre-registration option is already available on its online store. Developers have also mentioned that the option is totally cost-free and that users are free to de-register anytime they want to.

More details are expected during the upcoming Google I/O Conference, which will be held on the 28th and 29th of May, 2015 in Moscone Center West, San Francisco, California.

As developers have already accustomed us, the San Francisco event will primarily focus on the new objectives that Google plans to achieve.
Image Source: Uber Gizmo