You are here: Home / Technology / Fresh Releases and Updates from Google I/O 2015 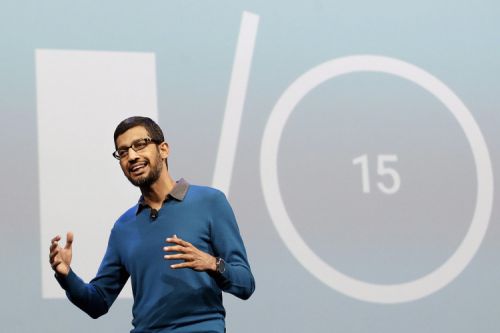 As the much-awaited event in San Francisco opened its gates to guests on the 28th of May, here are the fresh releases and updates from Google I/O 2015. In keeping with the numerous suppositions that have been made so far, the conference saw the presentation of Google’s new operating system, Android M, but there were also many new releases that developers did not see coming.

Android M has finally met developers and analysts during the first day of Google’s I/O conference 2015. The operating system will be released later this year, but interested customers may get a view of the latest software by downloading the previews on Nexus tablets 5, 6, 9 and Nexus Player.

Before you get your hands on the actual previews, Google worked to give users a helping hand by offering them a few insights on the program. Probably one of the most interesting new feature is the upgrade of app permissions. Unlike Android L which requested customers to allow app permissions and updates as they first installed it, the M overhaul gives Google clients the possibility to allow permissions only when using certain features of the apps. For instance, WhatsApp enjoyers will be prompted a permission request for the microphone feature when they access the Voice Message option.

Increased protection was the second improvement that Google planned on offering to its clients. The search giant disclosed during the conference that the M version of Android will standardize fingerprint technology on many smart devices and online services. Thus, the newly embedded option will be displayed for identity confirmation before unlocking the smartphone’s screen or making a Google Play purchase.

Two new software updates were disclosed on Thursday in relation to Android M. The first one was Google Photo. The application enables users to upload unlimited volumes of images and videos, which may be later on accessed on all devices. The only downfall is that the quality is limited to 16 megapixels for photos and 1080p for videos. The app is expected to cause much hype among Google customers as it will be free and unlimited.

Doze, the power management tool that Google made available on its Android M program, is definitely noteworthy. Thanks to this option, battery consumption on smart gadgets will be significantly reduced. According to the description provided by Google developers, the program constantly verifies the activity developed on the device. When the phone is left in standby, Doze automatically shuts down deeper processes to save battery.

Doze was also used with many devices and the results were remarkable. Google claims the tool has helped analysts prolong the life of Nexus 9 by almost two times compared to the battery usage registered with Android Lollipop.
Image Source: Yimg