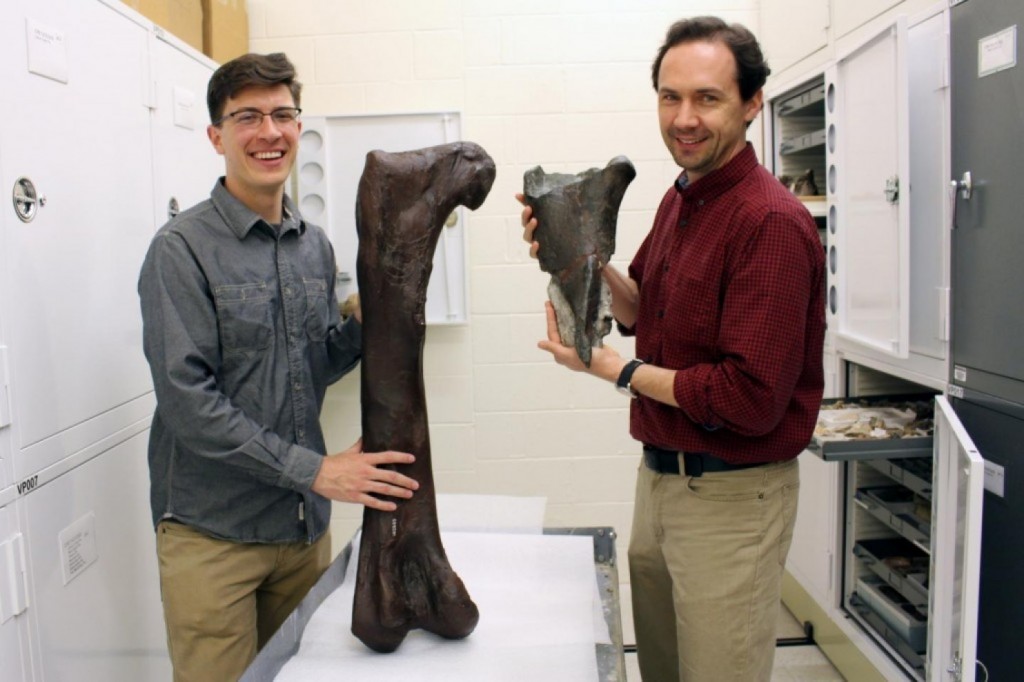 Paleontologists and scientists are gathering the fruits of their efforts as the first dinosaur fossil was discovered in Washington State on Wednesday afternoon. According to their press declaration, the fossil dates back to approximately 80 million years and it represents the left femur of a theropod dinosaur.

Scientists and dinosaur aficionados have many more reasons to rejoice themselves as a ground breaking discovery was made on Wednesday afternoon. According to the University of Washington a team of experts conducted by Christian Sidor and Brandon Peecook from the Burke Museum of Natural History engaged themselves in studying the soil of the Washington State hoping they could find significant indicators of a previous dinosaur existence.

Their instincts were right as the excavation works have uncovered the first and most important dinosaur fossil so far. The first studies have revealed that the bone is part of the left femur of a theropod dinosaur. Scientists have estimated that the fossil was left underground somewhere 80 million years ago.

Previous excavation sites have been opened in the area as Washington State has provided experts with numerous other study materials in the past, as well. The Sucia Island State Park in the San Juan Islands has been many times before studied due to the numerous ammonite fossils that exist in the ground.

It was these fossils that scientists were trying to unearth on Wednesday afternoon as they were investigating the marine rock on the island. Much to their surprise, they have found an unusually big bone that did not resemble any of the other fossils that were previously found.

Photos have revealed that the bone is 16.7 inches long and 8.7 inches wide. However, the recently discovered fossil represents just a small part of the entire dinosaur leg, so paleontologists are convinced the bone might have been a lot longer when in its original state.

Christian Sidor told the press that they have successfully managed to identify the fossil as belonging to the theropod family of dinosaurs. This was possible due to the sufficient anatomy information still residing in the bone structure.

Theropods are known as very large dinosaurs that have lived at least 80 million years ago. This group of two-legged dinosaurs encompasses some of the most dangerous carnivorous archaic creatures, such as, Velociraptor, Tyrannosaurus rex and other modern birds.

Other calculations have showed Sidor that the complete length of the left femur might have been 1.17m. This confirms the fact that theropods were slightly smaller than T-Rex.

There is no way the left femur might belong to another category of dinosaurs, Sidor and his team of experts reiterated. They have explained that the 80-million-year-old fossil belongs to theropods due to the hollow middle cavity that is noticeable in the bone structure. This cavity appears to have formed itself after the disappearance of the bone marrow.

“This specimen, though fragmentary, gets Washington into the dinosaur club,” concluded Sidor.

The recent paleontological findings will be published in the upcoming number of the journal PLOS ONE.
Image Source: WashingtonPost