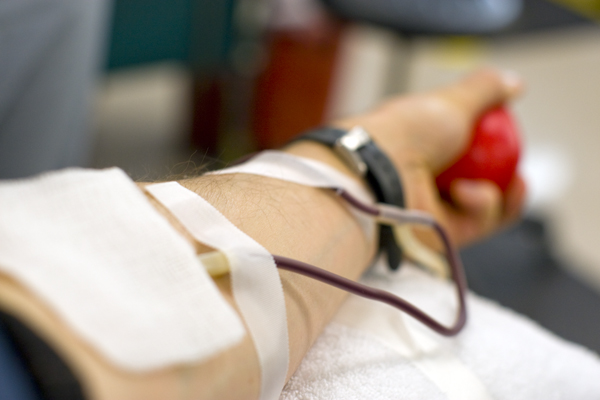 According to one of the most recent federal government proposals, gay and bisexual men should not be allowed to donate blood unless they have refrained from sexual contact for at least 12 months.

The plan is designed to protect blood supplies for its users, including hemophiliacs.

The U.S. is not the first one to issue such a measure, as several countries have already set in place policies prohibiting blood donation before one-year or multiple-year sexual abstinence in the case of men who have sex with men (MSM).

Several gay-rights advocacy groups have criticized the proposal, explaining saying that MSM who have been in a monogamous relationship for a while have less chances of transmitting sex-linked diseases, HIV/AIDS or hepatitis than heterosexuals with more than one female sex partner.

The Food and Drug Administration (FDA) has explained the logic behind the new proposal of blood safety in a draft guidance.

The plan, dubbed as “the MSM policy”, which is intended to safeguard blood banks, would come as a replacement to a 35 years old regulation set in place at the beginning of the 1980s AIDS epidemic. According to that policy, men were not allowed to be blood donors if they had had even one sexual relation with another man since 1977.

Dr. Robert M. Wah, head of the American Medical Association, commended the FDA for this much-needed measure, explaining that it is a big step in the right direction.

Not all were so encouraging of the draft; David Stacy, presides over the federal policy team at Human Rights Campaign, believes it to be far from satisfactory, as it still condones a behavior of stigmatizing over gay and bisexual men. Mr. Stacy added that the organization is set on finding a solution that keeps the blood supply sanitary, but also gives respect to the LGTB community.

The FDA has pointed to other countries that have had great results in minimizing risk with the one-year MSM policy, such as Brazil, Hungary, Argentina, and a few others. It is also specified in the new draft proposal that the female sexual partner of a bisexual man should also hold off blood donation for 12 months.

The FDA also reminded the industry of the people who are still “indefinitely” prohibited from donating, such as those with history in commercial sex work, those who have tested positive with HIV and those abusing of non-prescription drug injections.

The list with ineligible blood donor is longer, adding people who have complicated medical histories or those who travel internationally.
Image Source: Bansal Hospital