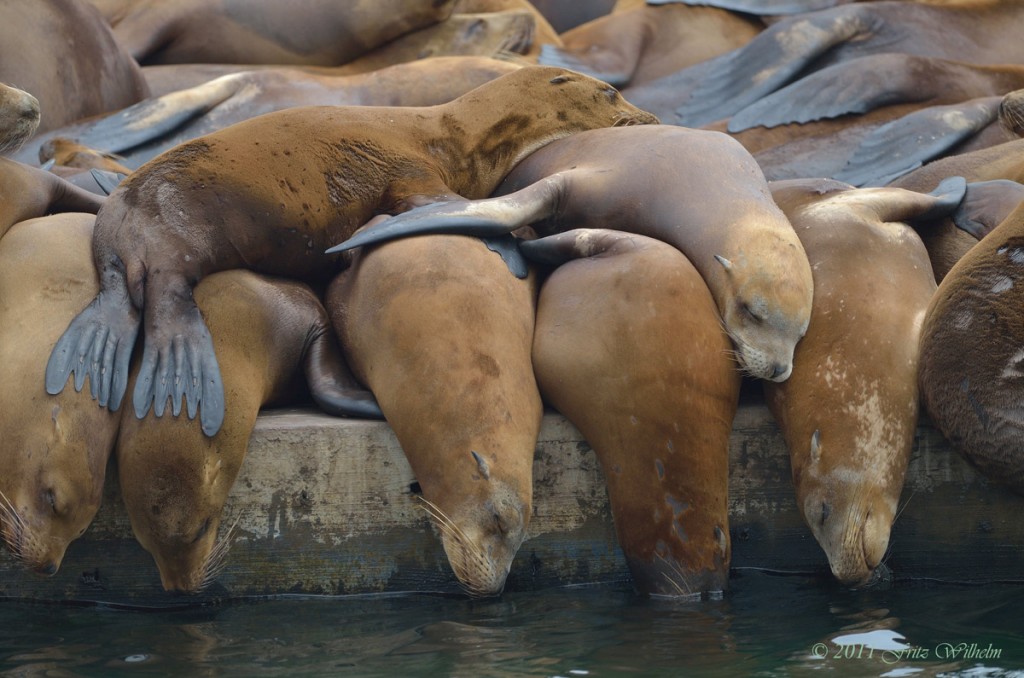 A faulty trap used for removing sea lions from the aquariums caused the death of two of the nine aquatic mammals that got stuck inside the cage for hours.

According to a veterinarian from Oregon’s Department of Fish and Wildlife, the two California sea lions died under the crushing weight of another larger Stellar sea lion that also got stuck with them. The Stellar sea mammal weighed 1,500 pounds, which means it was about four times heavier than each of the dead sea lions.

In the same trap-cage, two other Stellar sea lions and four California sea lions were trapped. Fortunately, no harm done here, and all were eventually released. After ODFW filed an incident report to National Oceanic and Atmospheric Administration Fisheries, Bonneville got its trapping temporarily suspended.

Oregon’s Department of Fish and Wildlife has four operating traps at the location of the dam, using them in order to stop sea lions from eating endangered steelhead and salmon.

During this time of year, when the spring Chinook runs are the peak, massive hordes of sea lions gather at the dam preying for meals. For the breeding species of fish, the dam represents an obstacle, which in turn makes them sitting ducks for the larger carnivores.

Richard Hargrave, spokesman for the agency, explained that the dam’s large doors, which operate electromagnetically, are usually left open at night.

However, a loose wire which connects the battery handling one of the traps caused the doors to close on Tuesday while the animals were still inside. The ODFW’s incident report included the results of the exams performed on the two dead sea lions, naming the cause of death to be “asphyxiation and severe internal bleeding” due to severe hemorrhaging.

NOAA and ODFW officials alike think that the loose wire may have been cause by sea lions’ rocking movement. The investigation of the incident is still underway, and the specialists are trying to do the best they can so this doesn’t happen again.

At the same time, camera tapes that watch over the traps at Bonneville are still being reviewed, as nothing was reported from the control center over the night of the incident.

Security staff usually checks the traps multiple times, but no warning of anything amiss was reported until workers found the dead sea lions caught in the trap in the morning.

Unfortunately, this is not the first incident in which sea lions are killed by malfunctioning traps at Bonneville. Back in 2008, dehydration killed six sea lions that got trapped in a defective cage. Animal advocacy groups were outraged by the incident, so ODFW requested the dam be equipped with electromagnetic doors.