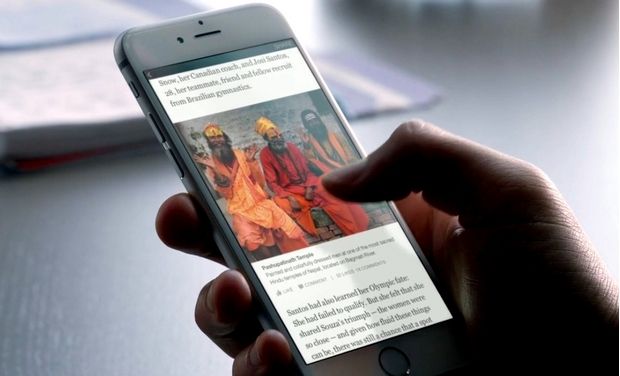 The speculation and wondering has come to an end: Facebook launches Instant Article and discloses terms and conditions in a recent declaration.

And Facebook’s offer is more than reasonable, so much so that any web publisher would be thrilled to take on the chance of having their articles seen by the 1.25 billion users in exchange for some pretty large sums of money.

What publishers should only be concerned about before accepting the offer is crossing their fingers hoping Facebook’s policy won’t change one day and turn against them with its enormous power.

For now, all the publishers that have inked an agreement with Facebook’s “Instant Articles” are carefully calling their interest in participating as an experiment. The tech company has not imposed any commitment from their side, so web organizations are not bound to posting any number of articles, with the possibility of walking free at any times.

It won’t be long until more web publishers will follow the initial rollout, however. Even though they have very reasonable worries about giving up content directly to Facebook, the project was designed at its core to attract publishers in a very friendly, non-threatening way.

For example, “Instant Articles” will try and shorten the articles’ loading time (which was estimated to an average of 8 seconds) to, um, zero seconds – at least on the iOS app at first.

Publishers entering the agreement can use their own tools when creating the articles, as Facebook has designed a way to convert all stories into an app fitting format. The company said it will soon show off some of the tricks and features of the program in a video.

One of the most important pitches in favor of their program is the fact that publishers receive 100 percent of the revenue coming from “Instant Articles” – a rather strong incentive to at least try it out.

In order to respond to the complaints saying publishers will be deprived of the much-needed data on its viewers, Facebook made it possible for them to have access to performance data on their stories through Google Analytics and Adobe’s Ominiture.

And if these conditions were enough, ComScore, the major Internet analytics company, has agreed to give news organization full credit for the traffic their articles generate through Facebook’s mobile app.

Even though Facebook algorithms will not be modified to favor “Instant Articles” in the detriment of any other stories published on its platform, it is expected that it will soon generate enough buzz on its own, with its eye-catching format designed to attract the user’s attention.
Image Source: Decan Chronicle