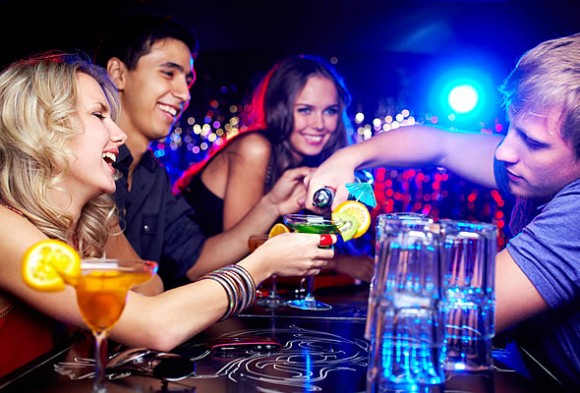 The Organization for the Economic Cooperation and Development (OECD) has recently performed a market research in order to determine the levels of alcohol consumption within more or less developed countries.

The analysis has revealed that adults have significantly reduced their amounts of consumed alcoholic beverages.

Despite this good news, the questionnaire has revealed that many more young children indulge in binge drinking as a way of entertaining themselves.

The phenomenon of binge drinking has but recently surfaced within teenagers’ behavior and chances are the number of alcoholic youths will increase in the following years.

According to OECD’s recent report, alcohol consumption has dropped 2.5 percent in the past 20 years, which means a person generally consumes 9.1 liters of alcohol per year.

Children take up drinking now at an earlier age than they used to do when in 2000, according to the statistics. The percentage rose from 30 percent in 2000 to 43 percent at the beginning of 2015.

What’s more alarming, young girls are more prone to get drunk than boys the same age. Data reveals that the percentage of young female consumers of alcohol has reached 41 percent. The OECD further stated that in 2000 only 26 percent of the young girls’ niche frequently drank alcohol.

OECD has already informed governments in relation to the possible risks of binge drinking among young children. The organization further plans to get involved in social campaigns aimed to prevent people from consuming alcohol.

In addition to the many disadvantages and health problems that alcohol was said to cause, OEDC has also included the economic downfall specific for certain regions of the world.

The organization has argued its statement on account of the fact that developed countries, such as, Germany, Italy and France have registered small rates of alcohol consumption. Binge drinking and frequent alcohol abuse are specific, on the other hand, for underdeveloped countries.

OECD thinks the only solution to prevent people from abusing alcohol is to impose higher taxes for alcoholic beverages.

Based on their calculations, costs will have to be 10% higher than they normally are in order to convince people to stop spending their money on alcoholic beverages.

Binge drinking is a recent modern term depicting drinking activities carried out with the sole purpose of getting intoxicated. These activities are different than social drinking as binge drinking involves bigger amounts of alcohol within a shorter period of time.
Image Source: Mao Marketing