You are here: Home / Technology / Apple Could Soon Release the New 12-Inch iPad 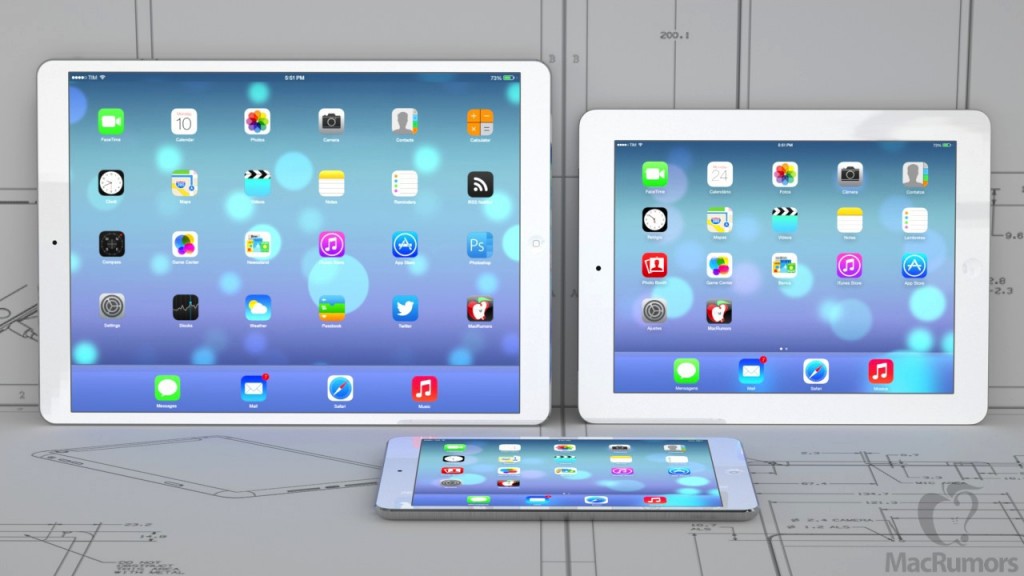 Recent rumors released by tech savvies show that Apple could soon release the new 12-inch iPad, which is visibly larger than the previous models. The decision appears to have a lot to do with the company’s recent attempts to increase sails.

Ever since Steve Jobs passed away in 2011 making room for the new CEO, Tim Cook, the iPhone maker has been heading for a financial fall. In spite of the numerous alluring smartphones and tablets that the Cupertino giant has released, figures have nonetheless decreased.

The recent financial reports have been downright worrisome as Apple is clearly going through a decline. The company sold only 12.6 million iPads during last quarter, failing to reach the 2.4 million units maximum limit that the company had predicted.

Tim Cook, on the other hand, is not worried by the recent statistics. He is convinced that the imminent products of the company will manage to raise profits and, thus regain its leading place among smartphone developers.

The most recent rumors are related to the new 12-inch iPad that the company is said to release by the end of the year. Many of the features of the new tablet are still undisclosed, but analysts think two major improvements will, nevertheless, feature on the new device.

According to the recent suppositions, Apple’s 12-inch iPad will enable users to log in using separate accounts. Thanks to this feature, Apple customers will be able to use their data on the tablet independently from other users.

The most important feature, however, will most likely be the introduction of the split-screen option. The split-screen vision gives Apple lovers better control over the apps they are using. Up to four apps could get used simultaneously thanks to this new feature.

According to recent report, customers may be able to choose between three types of viewing modes. The available options would be 1/2, 1/3, and 2/3 split viewing modes, but their selection will most likely be determined by the size of the apps.

The split-screen feature could become Apple’s unique selling point for the new 12-inch iPad, as this is the main option distinguishing it from the previous iPad 6 and 6 Plus. It is for the first time that customers will be able to select whether they want their apps to be displayed side-by-side or on multiple rows.

There Apple Could Soon Release the New 12-Inch iPadhave been other rumors published on the Internet in relation to the upcoming products that the company might be releasing in the near future. Apple is now reportedly working for two jumbo-seized iPads secretly known as J98 and J99. No details are now known about the upcoming tablet, except for the fact that their name could be iPad Pro.
Image Source: Mac Rumors