You are here: Home / Health / WHO Launches Awareness Campaing for Hearing Loss Caused by Loud Music 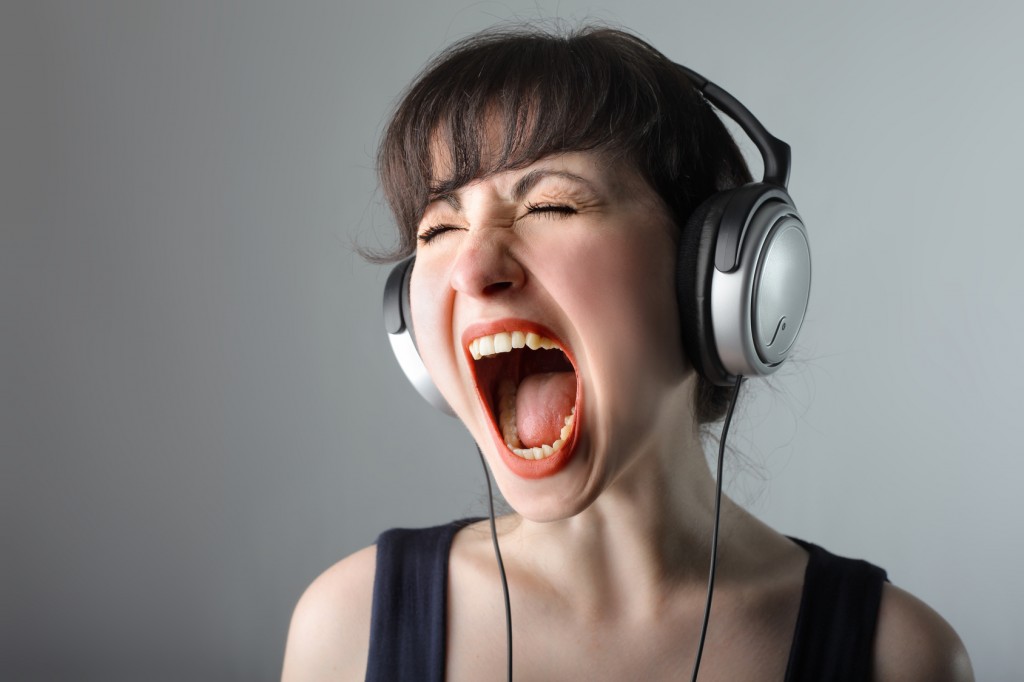 The World Health Organization (WHO) has released a terrifying global report warning that more than 1 billion young adults and teenagers are facing the risk of hearing loss caused by loud music.

If you’re wondering what the cause might be for such an atrocious number, it is very simple. Young people have integrated listening to music at unhealthy levels as a normal part of their lives. Their habit is constantly fed by the proliferation of personal audio devices, which are getting smaller and more practical with each generation. Therefore, pumping loud sounds straight into the eardrum has become more and more popular.

WHO also blames nightclubs and bars, another source of damaging levels f sound providing noisy entertainment for the young people. After conducting several studies in middle- and high-income countries, WHO found out that nearly 50 percent of the teenagers and young adults aged 12-35 years are exposing themselves to unsafe levels of music coming from personal audio devices. Another 40 percent are damaging their hearing by frequently participating at events with high levels of sound at entertainment venues.

Standard unsafe levels of sounds can be either exposing yourself to 85 decibles (dB) for eight hours or to 100dB for 15 minutes. They are both harming your ears more than you can imagine.

As noted by Dr. Etienne Krug, WHO Director for the Department for Management of Noncommunicable Diseases, Disability, Violence and Injury Prevention, young people should be more aware that hearing is not coming back once lost.

At the same time WHO experts have compiled a few simple preventive actions which are designed to allow people to keep enjoying themselves without the risk of losing their hearing. When choosing your music, you should take into consideration the intensity, duration and frequency of listening.

Prolonged exposure to loud sounds can lead to temporary hearing loss or tinnitus, a disease which makes your ears “ring”. In cases of loud, regular and frequent exposure, the ear’s sensory cells can be permanently damaged, and the outcome is irreversible hearing loss.

According to the WHO recommendations, workplaces should not be allowed to expose their employees to levels of noise over 85 dB up to a maximum of eight hours per day. For example, patrons of nightclubs, sporting events and bars are often exposed to noise levels of 100 dB, a level which is safe for no more than 15 minutes.

WHO advises teenagers and young people to take care of their hearing by listening to music (or anything else for that matter) on lower volumes on their audio devices. They can also start wearing earplugs when they go inside noisy venues, and use only earphones/headphones that fit their ears, and, if possible, have the noise-cancelling feature.

The most drastic recommendation is to limit one’s daily use of audio devices to less than one hour, taking regular listening breaks and restricting the time spent engaged in noisy activities. Smartphones apps which allow you to monitor your listening levels and warn you when you have exceeded them can be a very good assistant toward a better listening habit.

WHO urges young people in particular to get regular hearing check-ups, before they start experiencing warning signs of hearing loss (sensation of ringing, muffled hearing).

There is a second party that plays a significant role, besides what each individual can do to protect themselves from the destructive effects of loud sounds. WHO encourages governments to develop and enforce stricter regulations for the levels of recreational noise, while also launching public information campaigns for raising awareness for the high risks of hearing loss.

A common effort can be achieved by parents, physicians and teachers by educating young people about the importance of safe listening. Managers of entertainment establishments should respect the safe noise levels set for their venues, offer earplugs and “time out” rooms to their patrons, and start using sound limiters. WHO encourages manufacturers who create personal audio devices to add information about safe listening on their products and packaging, and also design them with built-in safety features.

March 3rd marks the celebration of International Ear Care Day, and this year, WHO is setting in motion the “Make Listening Safe” project, an initiative meant to raise awareness about the dangerous effects of unsafe listening and promote safer habits.

The global organization has partnered with several collaborators worldwide in a massive effort of alerting young people and their families about the real risk of noise-induced hearing loss. WHO is a strong advocate for the involvement of governments in this issue, urging them to step in and give greater attention in order to prevent hearing loss generally.

Experts have estimated that half of all the worldwide cases of hearing loss could have been avoidable; 360 million people today are experiencing moderate to profound hearing loss, caused by complications at birth, chronic ear infections, noise, genetic conditions, aging and the use of particular drugs.