You are here: Home / Tech & Science / Scientists Intrigued by a Much-Dustier-than-Expected Dwarf Galaxy 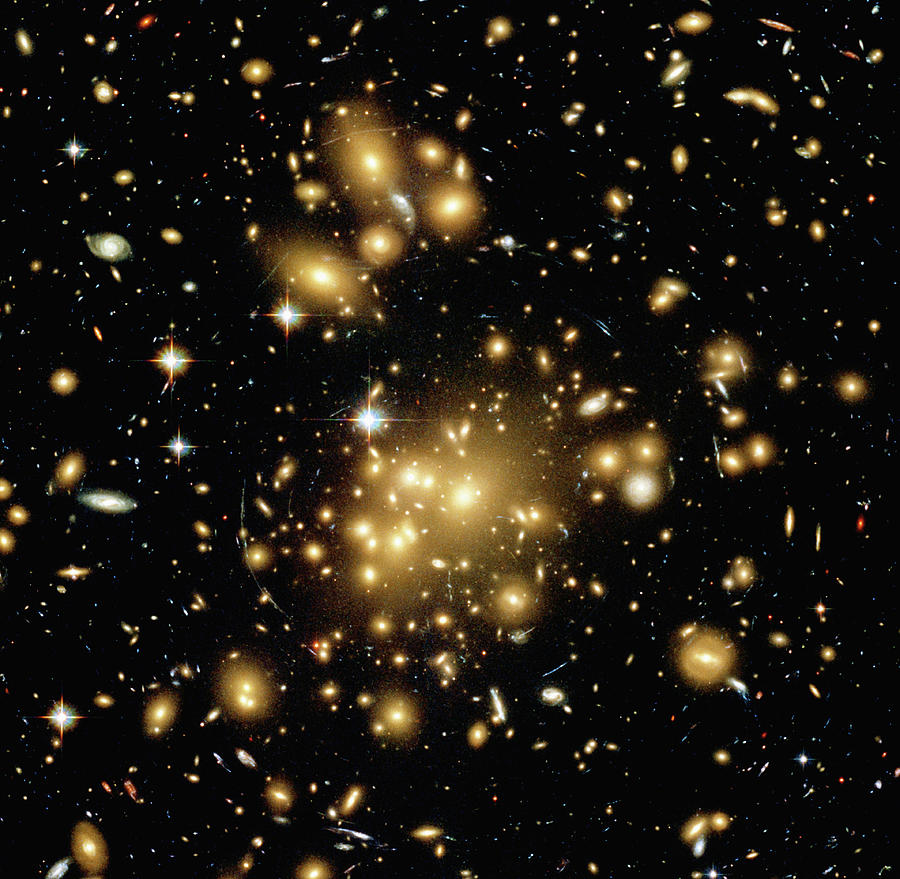 An international research team reported that it found a very tiny and old galaxy that it is dustier than scientists had estimated for its peers of similar age and scale. The newly found galaxy, scientifically dubbed A1689-zD1, dates from 700 million years following the Big Bang, researchers estimated.

The issue about this dwarf galaxy is that it challenges previous studies on galaxy emergence and dust content in the early days of the Universe. According to scientists, the galaxy is far more dusty than it should be according to current theories.

Daniel Marrone, galaxy formation expert from the University of Arizona who wasn’t involved in the new finding explained that previous hypotheses stated that our universe started without the dust. After the big bang, researchers believe, the resulting helium and hydrogen gas condensed and formed proto-stars which later forged the elements found in cosmic dust.

But the new found dusty galaxy is too little too hold so much dust, according to those theories. Instead, larger galaxies that had more stars at the beginning of time should display so much dust, scientists argued.

Mr. Marrone said that the dusty galaxy wasn’t the only surprise recently found by astronomers. Last week, scientists said that they had found a monster supermassive black hole that is surrounded by one of the brightest quasars ever discovered, which wasn’t supposed to be so bright at the cosmic dawn.

Now we have this average galaxy with significant amounts of dust. We’ve had this cartoon picture of the early universe, but it’s clear that we really don’t know what’s going on,”

But when A1689-zD1 emerged, the cosmos wasn’t dust free. Many stars had died and released the necessary elements to form cosmic dust such as silicon, carbon and oxygen in the meantime.

However, researchers claim the dust should have been collected by large galaxies that hosted more stars than A1689-zD1, which is a very dim dwarf galaxy no larger than the Large Magellanic Cloud (another dwarf galaxy, which orbits the Milky Way).

Yet, there are few galaxies from the early days of the Universe that had been detected because they are very far and less bright than their younger counterparts. The team detected A1689-zD1 through the gravitational lensing effect.

According to Albert Einstein, who discovered the effect but only in theory, a remote bright space object can get its beams of light caught up in the gravitational field of the objects closer to Earth. So, astronomers can see the remote object as in a mirror, not directly.

That’s how the astronomers discovered the new dwarf galaxy – they used the magnifying effect of the gravity of an extremely bright cluster of galaxies dubbed Abell 1689 (photo above) which amplified the brightness of A1689-zD1 nine-fold.