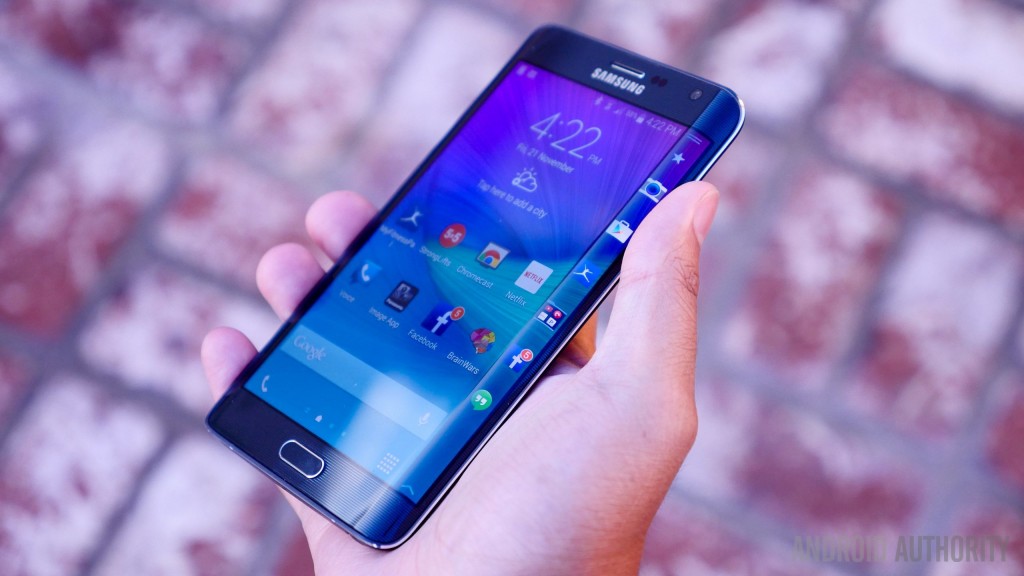 The latest gathering of the world’s mobile phone makers happened last week in Barcelona, and they all knew very well that the new smartphones have a common flaw: they all look roughly the same as those of their rivals. And the pressure for a new design has never been bigger than for the world’s largest phone maker, Samsung.

The South Korean tech giant got caught between a rock and hard place last year, competing with Apple’s mighty brand with their latest iPhone 6, and the Chinese models of cheap but efficient smartphones. Losing its unrivaled lead status on the smartphone market, Samsung is now neck and neck with Apple, as shown by the reports of the final quarter of 2014. Competing for the third spot in global technology are three powerful Chinese firms: Huawei, Lenovo and Xiaomi, all three forces to reckon.

Because the Galaxy S5 smartphone was quite a disappointment even among the firm’s hardcore fans, the new model needed to bring something fresh in order to redeem the company’s reputation. And the crowded arena where the Sunday evening’s Galaxy Unpacked event was held showed just how important this step was.

And Samsung rose to the challenge, because Samsung Galaxy S6 Edge has a radically different design. The glass display embraced the sides of the device, providing a smart way of delivering notifications. That extension of the screen is also used as an area for close contacts, letting you know with different lights which of your friends or family are calling.

The other model of the Galaxy 6 that was launched isn’t so original, but it follows into Edge’s footsteps by offering a more luxurious design that its predecessors. By that we mean that the plastic back cover was ditched for Gorilla glass. Samsung Galaxy S5 was mostly criticized for this feature, but the improvements come at a price.

The new models also got rid of the removable battery and storage which was always considered to be an upper hand over Apple’s iPhone. Samsung’s smartphones are now charging a lot faster than the iPhone, so the battery does not need to be removed.

Samsung executives used a lot of comparison with the Apple’s smartphone during their unveiling, trying to prove that they matched Apple’s design and did some more. The time spent comparing photos taken on the S6 and the iPhone 6 Plus was quite lengthy, and the new Samsung won in the end.

More and more tech companies realize that design and looks is a vital factor in the selling of a product. An ugly device will most assuredly not sell as well as a fancy one, and it might also seriously damage the brand of that company. The new and better-looking Samsung will surely restore some of its lost confidence – until a cheaper and edgier Chinese device will sweep along and steal its thunder.