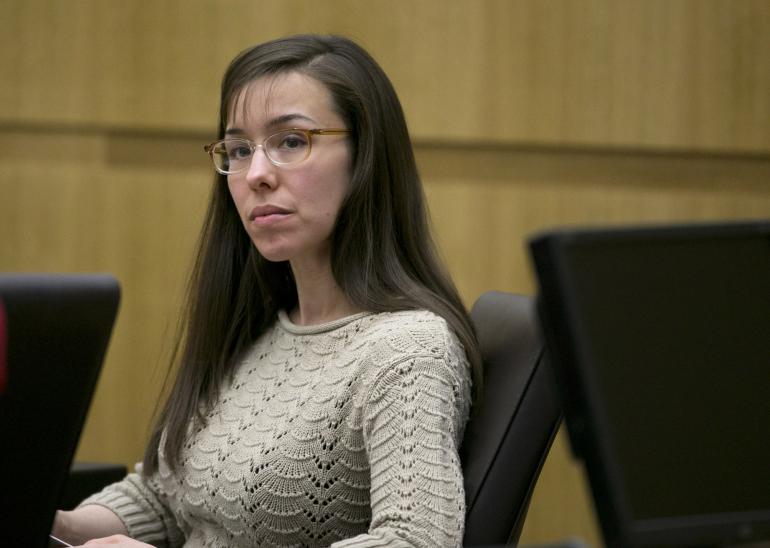 After yet another jury deadlock on Arias’ death penalty sentence, the judge is now going to decide whether the convicted murderer will face life in prison. Jodi Arias, convicted for killing her lover in 2008, escaped the death penalty on Thursday following the jury‘s inability to agree on a sentence. The jury could not reach an unanimous decision, causing the judge to declare a mistrial.

It was the second time the jurors in Phoenix couldn’t come to a unanimous decision on whether she should be sent to prison for life or executed for killing her boyfriend seven years ago. This time, the jury said that they were 11-1 in favor of the death penalty and reports claim they tried to have the holding juror (allegedly a woman) kicked out from the configuration, although their attempts failed. The judge is now left to decide between giving Arias a life sentence and eligibility for parole after 25 years.

Arias, now 34, was convicted for first-degree murder in 2013 in the homicide of Travis Alexander, her trial becoming a media sensation at that time. She initially testified she had committed murder in self-defense when the trial started, but the strategy had to be changed when details of her act were revealed. Arias stabbed Alexander 30 times, she nearly decapitated him and shot him in the head. At that time the jury was split 8-4 in favor of the sentence, urging the prosecutors to file for a re-trial in order to get Arias on the death row.

The second jury, which was granted the case on February 25, deliberated for a total of 26 and a half hours over five days, but was unable to agree on terms of sentencing. Prosecutors said they do not regret resending Arias to trial, but the jury’s deadlock left Alexander’s family members disappointed. The victim’s relatives released a statement in which they expressed their sadness regarding the jury’s inability to reach a decision, but that they also “understand the difficulty of the decision, and have nothing but respect for the jury’s time.”

Jurors apparently believed Arias’ attorneys inaccurately portrayed Alexander’s life, trying to depict their client as a victim of verbal and physical abuse. The voting started with 50 percent in favor of death penalty, but eventually got stuck at 11-1. One male juror who talked to the press expressed his anger with the female holdout, who supported the idea that death sentence was a form of revenge. She refused to talk to the press herself, and all of the jurors who did preferred to remain anonymous.

Unlike the first time, on this occasion Arias did not participate in her re-trial. A friend of Alexander said he is OK “if she never gets out again”, although he finds the deadlock frustrating. In an interview she gave the day she was convicted of murder, Arias said she’d rather have the death penalty, since she believed “death is the ultimate freedom.”