You are here: Home / Health / The Best Diet for a Healthy Heart: Mediterranean Diet Benefits 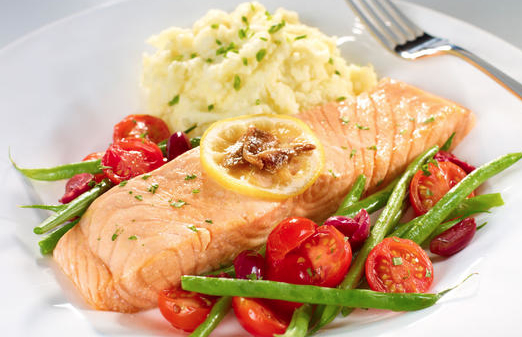 The latest in a string of studies on Mediterranean diet benefits suggests that closely adhering to this lifestyle is the best choice for heart health. According to the study’s results, adults who closely adhered to a 70 percent plant-based diet had a 47% lower risk of developing heart disease as compared to their meat-eating counterparts.

The study, which is going to be presented at the 64th Annual Scientific Session of the American College of Cardiology, involved a study group of over 2,500 Greek adults aged 18 to 89. Researchers closely followed the subjects for 11 years, between 2001 and 2012, investigating their medical records, dietary choices and adherence to the Mediterranean diet as well as other lifestyle choices.

One of the surprising conclusions of the study showed that, among the 2,500 study participants, it was the close adherence to the Mediterranean diet and not physical activity which provided the superior protection when it came to heart disease. Yet previous studies had also suggested that the diet’s health benefits greatly outweigh other potential protective factors. According to Ekavi Georgousopoulou, Ph.D. candidate and co-author of the study:

“The Mediterranean diet is a beneficial intervention for all types of people–in both genders, in all age groups, and in both healthy people and those with health conditions.”

Georgousopoulou worked alongside professor Demosthenes B. Panagiotakos to prove that close adherence to a predominantly plant-based diet not only ensures heart health, but also provides other indirect benefits, such as better diabetes management as well as hypertension and inflammation management.

The Importance of Adherence to the Diet

All study participants were scored by the team of researchers in accordance to how strictly they adhered to their diet. According to the self-reported frequency as well as intake level of particular food groups, they were scored on a scale of 1 to 55. The higher they scored on this scale, the higher their adherence to the Mediterranean diet and the lower their risk of developing heart disease over the 10 year follow-up period as compared to their lower-scoring counterparts. Such was the importance of closely respecting the diet’s requirements that for each one-point increase on the aforementioned scale, a 3 percent decrease in heart disease risk was observed.

In order to exclude other confusion factors, the research team made sure that the obtained difference was independent of other cardiovascular risk factors including gender, age, family history, BMI, smoking status, hypertension, high cholesterol and diabetes by adjusting for each of the risk factors.

What Does the Mediterranean Diet Consist of?

“Because the Mediterranean diet is based on food groups that are quite common or easy to find, people around the world could easily adopt this dietary pattern.”

Prof. Georgousopoulou said, noting that it may be easier than people think to protect themselves against cardiovascular disease.

The Mediterranean diet includes various types of foods but involves consuming large amounts of fresh, whole fruits, vegetables, legumes, nuts, beans, olive oil and grains. Fish is also welcome among Mediterranean dishes, while other processed foods or animal products are to be consumed sparingly: dairy, meat, sweats, white flour and other highly-processed snacks should be off the menu for those seeking a healthier heart as well as a slimmer figure.