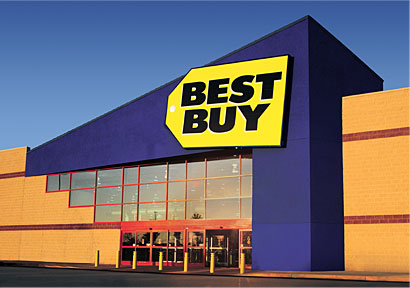 According to the Best Buy’s Q4 earnings report released on Tuesday, the retailer beat Street’s expectations on both profit and overall performance due to the strong sales during the holiday season, when people showed a particular interest in phones and TVs.

Also, the company announced that it planned to launch a share buyback program and make heavy investments into capital expenditure in an attempt to maintain its sales momentum. Moreover, Best Buy plans also to raise its investors’ dividends.

The consumer electronics chain also reported that its profit jumped 77 percent during the holiday season beating all previous forecasts. Still, it is highly unusual for a brick-and-mortar retailer too overperform in a market that faces fierce competition coming from the on-line retailers such as Amazon.

Surprisingly, the company’s revenue rose by 3.2 percent although the volume of consumer electronics sales dropped by the same amount. A possible explanation may be the jump in large-screen TV sales and mobile phones during the last season.

Best Buy explained that installment billing gave an unexpectedly big boost to its U.S. sales, which grew 2.8 percent, but would have experienced only a 2 percent increase without the special offer. Installment billion is a new offer that allows phone users to upgrade to their favorite smartphones and gradually pay ever time.

According to the company, installment billing are more costly than traditional offers that allows customers to swap their phones with newer ones by keeping them locked into a contract for two years or so.

Hubert Joly, chief executive of Best Buy, said after the report was released that its company will make additional efforts for to cut costs, as its savings plan for the next three years is $400 million. Additionally, the retailer will make several changes to keep the sales rising such as improving its shelf offers, opening new stores specialized in selling television and kitchen appliances and increasing private-label products’ over the course of this year.

Shareholders will also see considerable benefits this year since the company announced a $1 billion share buyback plan that would spread over the next three years and a dividend of nearly $180 million, which translates into 51 cents per share.

According to the earnings report, the company’s revenue rose nearly 1 percent (to $14.21 billion), but the analysts predicted $14.35 billion. As a result, the company’s stock rose only one percent, to $39.05 per share on Tuesday’s morning hours.