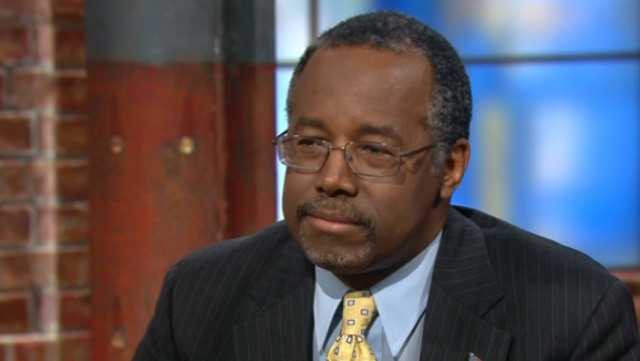 On Wednesday, potential Republican presidential candidate Ben Carson made hurtful comments on sexual orientation in a CNN interview that suggested that being gay is entirely a matter of choice. Later that night, he publicly apologized for what he said, claiming that the statement does not reflect his stance on gay issues. But what effects does this blunder really have on his presidential bid and how does this influence his image both with the public and within his own party?

From blaming the media to admitting an error

When asked by a CNN reported if being gay is a choice, Mr. Carson replied promptly: “Absolutely”. He went on, trying to justify this conclusion by claiming that “a lot of people who go into prison go into prison straight — and when they come out, they’re gay. So, did something happen while they were in there? Ask yourself that question.”

After initially blaming the media for emphasizing wrong parts of the interview, potential public outrage left him with no choice but to entirely retract what he said and issue a public apology on his Facebook page. He did take full responsibility this time and admitted there are no excuses.

The main problem with Carson on this matter is that he has a past of offensive LGBT comments. Two years ago, a similar incident happened, when he compared gay people to people who believe in bestiality. And same as now, his first reaction was to blame his critics for taking words out of context, followed by a full apology.

“I deeply regret”… but still

Even in his newest Facebook apology, he claimed that his choice of words do not fully reflect his stance on gay issues. He suggests that this cannot be applied to each individual’s sexual orientation, but he does disclaim that people are born gay. Based on his own medical education, Mr. Carson advocates that “there have been no definitive studies that people are born into a specific sexuality”, and so, a verdict is still undecided. This may come as somewhat of a surprise given that the American Psychological Association and many other medical groups have concluded that sexual orientation is not a choice, and the fact has been accepted by a large margin of US citizens.

Many specialists condemned his statements. A speaker for the Human Rights Campaign, Fred Sainz, quoted countless mental health and medical studies as sufficient base for the conclusion that sexual orientation cannot be changed. Even fellow Republicans chose to take step back from Ben Carson’s recent comments.

Earlier this week, Carson started raising funds for his presidential campaign, and is still doing well in the polls compared to other Republican potential candidates. So, although his sexual orientation interview seems factually wrong, the fact that he chose that specific language and still (at least partially) stands by his “not all gay people are born this way” stance, may come from a political rationale rather than personal conviction. Although the Republican electorate will probably not go easy on this, it will be interesting to follow Ben Carson’s polls from now on.
Image Source: The Grio