You are here: Home / Tech & Science / 187th Spacewalk in the History of the International Space Station: Great Success 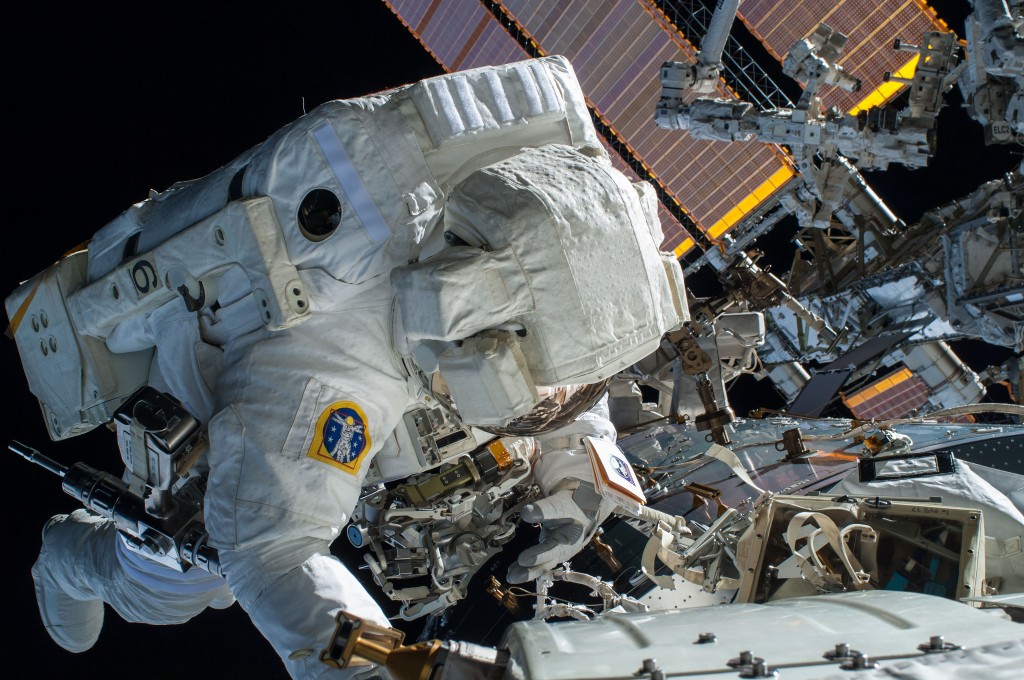 ISS astronauts performed their 187th Spacewalk on Sunday, their third in eight days. The American astronauts managed to complete their task in only 5 hours, almost an hour earlier than planned and broke the record of the quickest series of spacewalks since 2011, after the retirement of the US space shuttle program.

Sunday’s spaceflight is among the many others planned for the next year, aiming to establish an onset for a new era in human spaceflight. This means that ISS (The International Space Station) will soon be prepared to receive more commercial spacecraft.

Barry Wilmore, space station commander and flight engineer, Terry Virts had to perform a cable-job: route 122 meters of cable and secure it with copper wire ties, while strategically moving across the handrails of the space station. In addition, they installed a communication system, which will enable the crews from the commercial spaceships to park at the space station.

The task was intense and complicated, but the astronauts managed to finish earlier than expected. Suni Williams, a veteran shuttle astronaut, was the one who led them through their mission in orbit. She called it an “outstanding job, even for two shuttle pilots”.

The mission occurred without major incidents. After returning to the space station, Mr. Virts discovered a small amount of water collected in the helmet. This happened also on Wednesday, when about three inches of water built up in his helmet, but according to NASA, this did not put the astronaut at any risks. The collected water was the result of condensation, which is a common phenomenon, seen several times before with the same spacesuit. Besides, the water did not leak into his helmet during the outing. Other than that, there were no problems.

NASA paid millions of dollars to the Russian Space Agency for the rides. It was the Russian Soyuz spacecraft that carried the two astronauts to space. In order to transport astronauts to the station without being dependent on the Russian Space Agency, NASA has hired SpaceX and Boeing.  The two contracts’ value amounts to $7 billion. In case the two companies fail to respect the launch deadline, NASA plans to buy Russian Soyuz seats again ($US70 per seat). Boeing’s first flight is due to late 2017.
Image Source: NASA