You are here: Home / Business / Why it is Time to Tell Barbie Goodbye 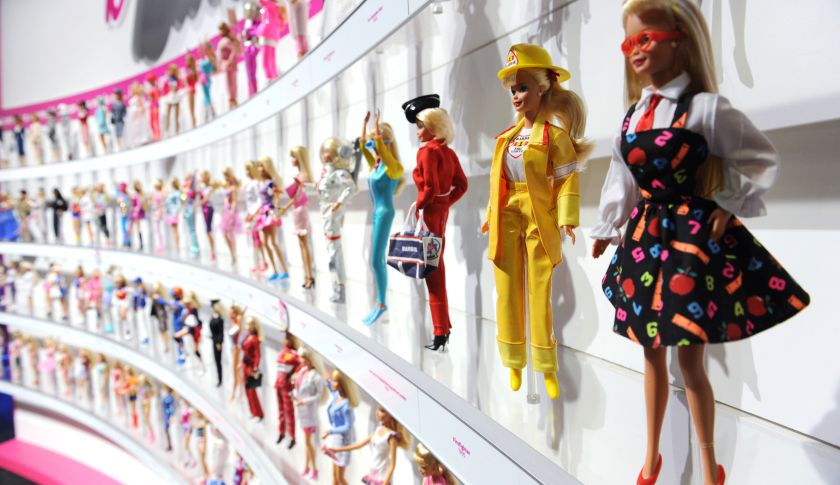 Leaving in the world that we do, it did not come as a surprise that the Barbie doll sales for 2014 were down to 16 percent, marking it the third consecutive year when the sales continue to drop. The manufacturing company, Mattel, probably expected this last report, and recently announced that Bryan Stockton, CEO and chairman, has resigned. His departure caused another 59 percent drop in profits.

The bad news were in the air since the last Christmas season, when Barbie dolls did not rank number one on America’s National Federation Holiday Top Toys Survey, a situation without predecessor in the product’s history. Instead, one-in-five parents responded that they intended to buy various merchandise from Disney’s “Frozen” animation. Both Anna and Elsa topped the survey’s ranking.

But how did Barbie fall? The irony is that, even though Barbie has a reputation of being a style icon, she fell victim to the constant changing in fashion. What was considered appropriate in the 1980s suddenly didn’t fit the social standards anymore. Apparently, the doll’s proportions are so inaccurate, that Barbie would not be able to lift her own head if she was scaled to human proportions.

Today’s society is revolting against size zero models and the hyper-sexualization of girls from a young age, and therefore it is easy to see why Barbie is no longer appealing. Mothers rendered her inappropriate and conflicting with the values their daughters should learn.

Generally, mothers tend to dislike the Barbie doll for her plastic perfection, which promotes an unhealthy body image. Some are bothered by her absurd proportions, and by the fact that her significance is, basically, given by how pretty she is. Others cannot agree with what the icon stands for and what message it transmits to little girls: she is the ultimate consumerist, totally absorbed with herself, her looks and her “stuff”.

As soon as social media started portraying Barbie as a less-than-desirable role model for girls, other companies were quick to fill the gap left in the doll market.

For example, Ian Harkin launched his product in August 2012, a doll named Lottie, who has won so far more than 20 international awards. It is currently distributed and sold in more than 30 countries around the globe. Lottie was very carefully designed with the help of child phycologists, nutrition experts, toy-industry representatives, and most importantly, with the input of parents. The result is a doll with the average proportions of a nine-year-old, fighting the Barbie brand which distorts the view on femininity and childhood, and holding great appeal among little girls.

Another candidate aspiring for Barbie’s throne is Lammily, the creation of Nickolay Lamm. The design shows a fairly realistic fashion doll, sporting typical body proportions. Its knack is in the option for customization, allowing girls to adorn the doll with various stickers, portraying cellulite, acne, stretch marks or even grass stains.

The rise of new icon dolls is appreciated by the social ecologist Kathryn McCabe, who thinks that Barbie’s demise is well founded. She stated that Barbie’s time was back when the sexualization of women and white privilege was unexamined, and she should step down in the new era.

She adds that diversity and more realistic design of body are surely an improvement, along with more age-appropriate interests and more varied activities. However, she doesn’t believe that Barbie should be banned from the shelves, but she shouldn’t be given to girls until they are old enough to talk about whatever concerns it might prompt. The bottom line is that it’s not wrong to be sexy and good-looking, but it’s not the only one, and little girls should be aware of that.

Experts in child psychology agree that critical thinking about dolls is helpful. The children learn to develop a better understanding of the world, teaching them to be more open to cultural and ethnic diversity, and eventually giving them the choice to express their own desires.

Elfreda Manahan-Vaughan, a life coach who teaches inspirational self-esteem workshops, says that nowadays, girls are more attracted to dolls with special powers, which makes Barbie very generic and un-special. The media promotes making ordinary people special, which in turn stimulates children towards special dolls, because they themselves aspire to that.

So recently, the Frozen sisters proved that character and backstory are more important than looks, which is the only thing Barbie stands for. Nobody denies that magical powers have had a compelling contribution to their popularity, though. But maybe it is time to tell Barbie goodbye.