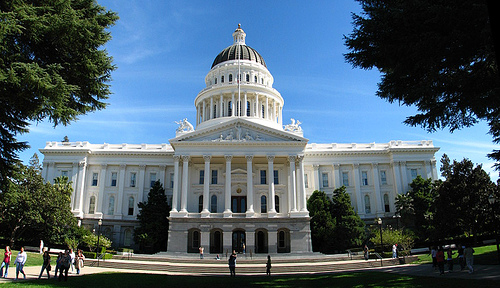 On Wednesday, two California lawmakers announced that they plan to introduce a new legislation that would cut parents’ possibility to refuse their child’s vaccination by invoking the “personal belief exemption”. The move comes in a time that California experiences its worst measles outbreak in twenty years.

Sen. Richard Pan, one of the two lawmakers which came up with the proposal, who is also a doctor, said that both he and his colleague Sen. Ben Allen thought it is better to act now than wait for more children to get sick, or even die.

On Wednesday, two Democratic lawmakers, Barbara Boxer and Dianne Feinstein, proposed that the “religious exemption” from vaccination should also be eliminated.

In California, there are currently 99 reported cases of measles infection; of these, nearly 39 occurred in the early days of the measles outbreak, which started in a Disney theme park in December. Nearly 25 patients reported getting their virus from their family members or friends.

Health authorities urged people to vaccinate their kids to contain and eliminate the outbreak. Measles had been already eradicated in the U.S. in 2000 by means of a national campaign of vaccination, according to state officials. The cause of the resurgence remains, however, unknown.

People speculate that foreign tourists visiting California Disneyland may have brought it in, others blame the immigrants. However, there is no official point of view on the issue.

Still, there are Californian parents that fear to get their children vaccinated, especially those under the age of 3. They claim that serious side-effects are linked to the measles vaccine, such as autism and allergies, but health authorities and scientists cover it up for various reasons.

So, these parents usually refuse to let their children get vaccinated in public schools, day care or kindergartens because of personal beliefs or religious reasons – two exemptions in the Californian law.

On the other hand, other parents, the majority in fact, point the finger at unvaccinated children, blaming that they can sicken their off-springs. Many of them urged state officials to ban the vaccine exemptions and get everybody vaccinated.

Vaccine exemptions have been around in California since 1961, when for the first time health officials required that all public school personnel and children to be vaccinated against polio. But according to official records, the popularity of these exemptions among parents tripled in the last 15 years. Currently, in California one in 40 kids gets exempted from vaccination.

However, California lawmakers are carefully pondering about eliminating exemptions because there is much more at stake than previously thought. Law experts said that if the state eliminates the personal belief exemption, parents will use the religious exemption. But banning the religious exemption will somehow challenge the basic principles of democracy.

[Governments] do not want to become guardians of people’s conscience” — and it’s unclear whether the Constitution allows them to,”